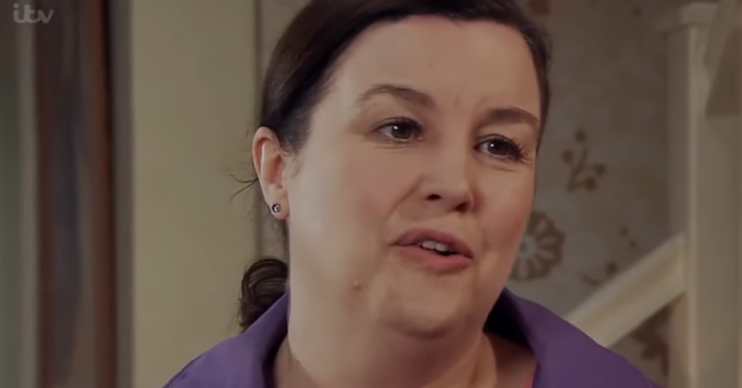 Life before Corrie 25 years ago

Patti Clare, who plays Mary Cole, aka Mary Taylor, in Coronation Street has shared a throwback picture from her days on the West End.

The actress shared the picture on Twitter of herself wearing a wig and frock.

My friend @sharp_nada sent me this today..25 years ago to the week we were wearing big frocks and wigs in the West End. This was me in a strawberry blonde do. pic.twitter.com/n7McMJf7pT

Alongside the picture, Patti wrote: “My friend @sharp_nada sent him this today… 25 years ago to the week we were wearing big frocks and wigs in the West End.

“This was me in a strawberry blonde do.”

Mary had spent the majority of her life living with and looking after her controlling mother.

In 2016, she revealed to friend Norris Cole that when she was a young teenager, she was raped and later found out she was pregnant.

She gave birth to a little boy named Jude, who she was forced to give up.

With the help of social media, Mary got to reunite with her long-lost son.

Jude, his wife Angie and their son George soon came to live in Weatherfield but it soon became clear that Jude was a compulsive liar.

With Angie discovering Jude’s lies, their marriage eventually broke down and shortly after Jude left the street, Angie moved back to South Africa with George.