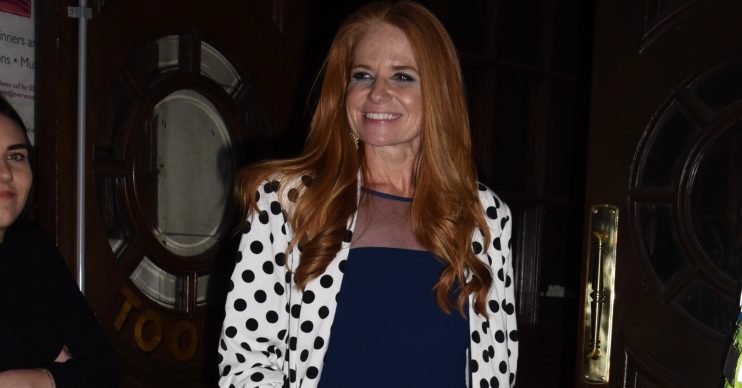 Patsy Palmer reveals drink and drug fears for her kids

She struggled herself when she was around their age

Patsy Palmer worries about her children being tempted by alcohol and drugs like she was.

The 47-year-old EastEnders actress has been open about her past, including a 20-year battle with drink and drug addictions.

And she admitted that she can’t help worrying that her children could succumb to the same pressures as her as they follow her into the entertainment industry.

Patsy’s children include 27-year-old actor Charley Palmer Rothwell, from a past relationship with boxer Alfie Rothwell, and models Fenton, 19 and Emilia, 18 and eight-year-old aspiring athlete Bertie with her husband Richard Merkell.

When asked if she worries about her children facing the same temptations as she did, she told The Sun on Sunday’s Fabulous magazine: “Of course. You’ve just got to keep them alive, don’t you?

“My kids are lovely and I don’t want to project that stuff on to them.

“They’re doing whatever teenagers do and I can’t be under illusions about that.

“But it’s my story, it’s nothing to do with my kids. They are their own people.

Read more: Max Bowden was lied to by EastEnders bosses

“The most important thing for us is having dinners together as a family and trying to get together as much as possible.

“For me and Richard, it’s being solid and being there for them.

“We let them go, but they always know we’re there. I know it’s different for everyone, but that’s us.”

Patsy also revealed that she is “grateful” to have survived her hard-partying twenties.

She said: “I look back and think: ‘I was so young’. I’m grateful that I’m alive and I got through it. It feels so foreign now, I’m so far removed from it.

“All I’ve got is right now. Whatever has gone on in the past is finished. I can’t even entertain it. It’s gone.

“I’ve done so much work around it, I’ve had so much therapy and now I feel my life is more balanced than it’s ever been.”