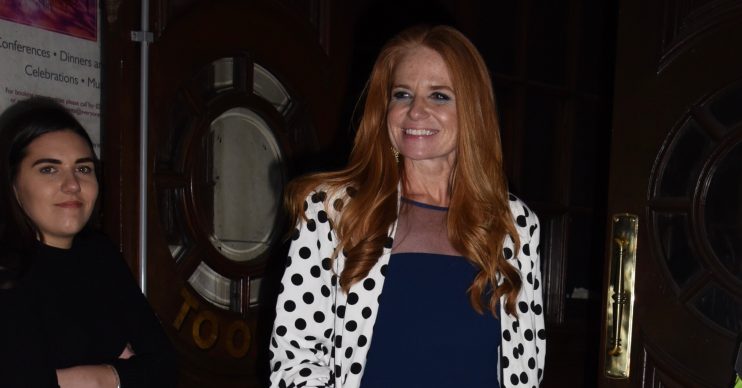 Patsy and Barbara worked together on the soap

The EastEnders actress, who recently made a brief return to the soap as Bianca Jackson, believes her former co-star’s Alzheimer’s disease is “quite advanced”, and she is devastated the Peggy Mitchell star won’t be able to recall everything she has done in her career.

Read More: EastEnders’ Danny Dyer leads the nominations for the Inside Soap Awards

She said: “She’s had such an amazing career. For her not to remember all of the amazing things she’s done, I think it’s really sad.”

Patsy lives in Malibu but she was recently back in the UK shooting her EastEnders comeback, during which she appeared on TV to promote the brief return, and says Barbara recognised her on the small screen.

Speaking on the Ray D’Arcy Show, she added: “I haven’t seen her, I wanted to go and see her in June when I was over, but it was quick and I know she’d need a lot of time probably to know if someone’s coming.

“I spoke about her on the TV when I was here then and Scott [Mitchell, Windsor’s husband] said that she recognised me and said, ‘Oh there’s my friend’ and it really choked me up.

“I think she thought maybe I was a friend from school, it was really confusing for her but he said it was really amazing that she actually remembered, because I think she’s quite advanced.”

Last month, Barbara’s husband Scott Mitchell admitted he gets “frustrated and irritable” when dealing with her devastating Alzheimer’s disease.

He said: “I do get frustrated. I wouldn’t be human. It is hard to be a saint in this situation. It is pretty impossible not to have feelings of frustration and irritability. Even though you know they can’t help it, we are human. We have our own breaking points.”