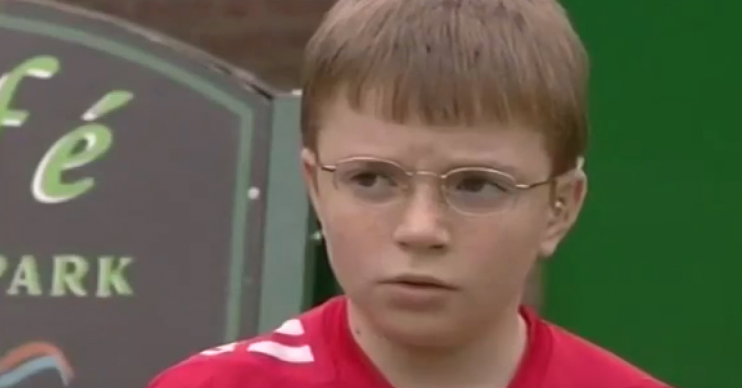 He looks exactly the same!

On Thursday night (March 5), the TV adaptation of Malorie Blackman’s novel kicked off at 9pm, set in a fictional world where black people rule over a white underclass.

Some viewers may have been tuning in to catch a glimpse of British rapper Stormzy guest starring as newspaper editor.

WAIT… Is that original Ben Mitchell!!!!!!

But it was the appearance of actor Charlie Chambers, also known as Charlie Jones, that whipped soap fans into a frenzy.

Charlie, who some see as the original Ben Mitchell in BBC1’s EastEnders, appeared as Danny Hickson in his first major TV role since leaving the soap.

Charlie played Ben on the BBC soap between 2006 and 2010, before the role was recast.

While he wasn’t the original Ben technically, he’s one of the longest-serving actors in the role – and one of the most memorable.

Charlie took on the role of the 10-year-old in 2006, when the character returned to Albert Square following the ‘death’ of mum Kathy Beale – who later turned out to be alive and kicking.

Charlie played Ben for four years during his childhood, and was at the centre of some huge storylines including domestic abuse.

His most memorable storyline was the physical and mental abuse he suffered at the hands of his dad Phil’s girlfriend Stella Crawford.

The actor was recast in 2010, with Joshua Pascoe taking over the role.

Three other actors have played the role since then, including the most recent incarnation Max Bowden.

TV fans were amazed to see Charlie appear out of the blue as Danny on Noughts & Crosses.

One tweeted: “WAIT… Is that original Ben Mitchell!!!!!! #NoughtsAndCrosses.”

Another wrote: “Watching Noughts & Crosses. Is that Ben from EastEnders? Ben number three, I think.”

Watching Noughts an Crosses is that Ben from Eastenders? Ben number 3 I think #NoughtsAndCrosses

omg is that the guy who used to play Ben Mitchell in eastenders ?! #NoughtsandCrosses

According to Charlie’s InterTalent page, he graduated from ALRA drama school in 2018.

As well as playing Ben, he played Shaun in Where the Mangrove Grows at Theatre 503.

His agent Brooke Kinsella is also a former EastEnders star, having played Kelly from 2001 to 2004.

Something tells us we’ll be seeing more of Charlie in the future! Watch this space!

Who is your favourite Ben Mitchell? Leave us a comment on our Facebook page @EntertainmentDailyFix and let us know what you think!