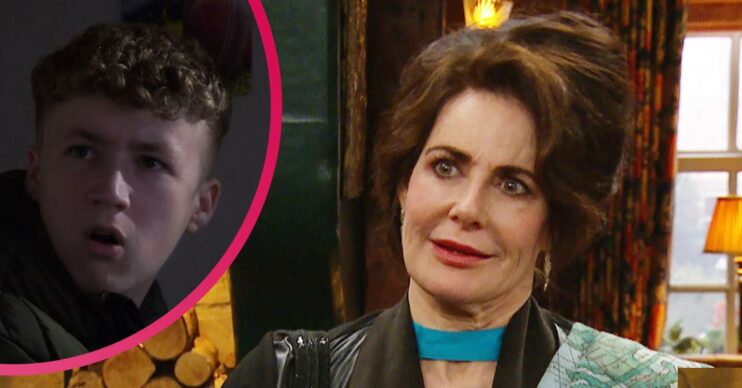 The big week was missing a big serial killer

Emmerdale pulled out all the stops this week for its big week of episodes – or at least that’s what they would have us all think.

The ITV soap teased the major week of drama as having a big stunt and some huge dramatic revelations.

Secrets would be exposed, lives would be at risk and the village would never be the same again.

However, that’s not exactly how it all went down.

Sure, there was a stunt.

It was a car crash – both literally and figuratively.

It wasn’t as if it was a big car chase sequence that ended in disaster – it was Cain Dingle turning at speed and flipping his own car.

And then, wouldn’t you just know it – he gets stuck in the car that somehow ended up near a falling electricity pole.

Emmerdale: Major stunt was nothing of the sort

Then in a truly shocking – read the sarcasm – twist Al arrived to save his life – while snapping Cain’s ankle.

It was a dud – and landed just about as well as the electricity pole did on the car.

As for the big secret being revealed – well let’s just say if the soap had any confidence in its ability to reveal a big secret, then it probably shouldn’t have announced it the day the episode aired.

What was the point in that?

Faith’s cancer has returned – the soap needs to trust actress Sally Dexter in delivering a power performance, not issue updates by press release.

Ditto with Jamie Tate’s big return – or not, who knows?

Gabby ended up shooting Will Taylor – and then covering it up because of her worries about Jamie’s return.

Though as that storyline went absolutely nowhere, it’s hardly worth mentioning.

Viewers could have been treated to Noah Dingle being exposed – but even that fell flat.

The creepy teenager was shoved into an open grave by Kerry. She even covered it up with a board to scare him.

That would be Kerry who set a fire and killed Noah’s step-granddad a couple of years ago. Before covering it up.

Hardly a bastion of morality and decency!

The one thing this big week proved is that Emmerdale is in deep trouble without Meena Jutla.