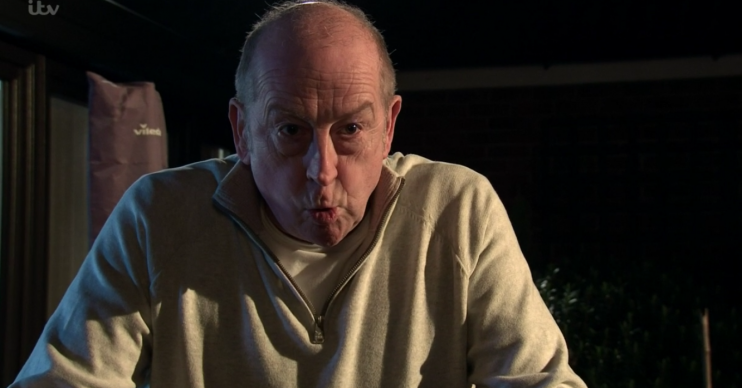 In last week’s episodes, Yasmeen explained to her granddaughter Alya that her favourite chicken, Charlotte, hadn’t been laying any eggs.

On Friday (February 28 2020) Geoff became annoyed when he returned home from work and Yasmeen hadn’t cooked his dinner.

He claimed that she cared more about her chickens than she did him and later committed a cruel act.

After Yasmeen cooked the dinner, Geoff was furious to see there was no meat with his meal and threw it away, claiming he would sort out dinner.

But instead of going to the shop and buying some meat, he killed Charlotte and cooked her.

As they sat down to eat, Yasmeen complimented how good it tasted and Geoff said: “Good. I thought she might be a bit dry, being an older bird. Well, at least she’s fed us one last time. I’d like to raise a toast. To Charlotte!”

The Ofcom rep said: “We are assessing the complaints against our broadcasting rules, but are yet to decide whether or not to investigate.”

However this isn’t the first time this coversive control storyline has received Ofcom complaints.

According to The Sun, the television watchdog has previously received 146 complaints.

Corrie fans were up in arms after four particular episodes of the ITV soap, including when Geoff locked Yasmeen in a box as ‘punishment’ for his own failings.

A total of 74 viewers complained about this episode which aired at the beginning of February.

What do you think of the storyline?