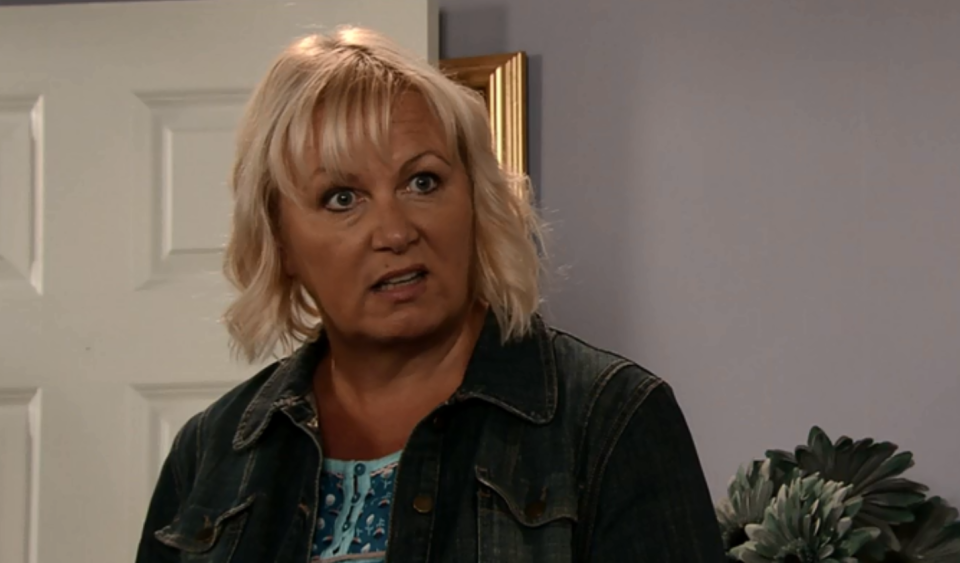 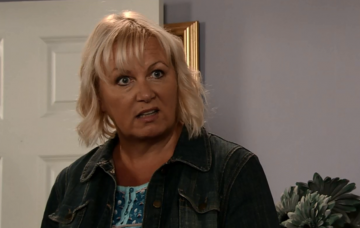 New love for Corrie’s Eileen but somebody is NOT HAPPY

What does anyone know about new man Jan?

After discovering that her husband was a serial killer, you’d think Eileen had been put off men for life.

But ‘once bitten, twice shy’ doesn’t seem to apply to Pat Phelan’s widow.

And, less than a year since the Scouse psycho met his maker, she looks ready for new romance.

The cab office favourite is rather taken with a newcomer in Weatherfield next week, and the feeling is mutual.

Sparks fly as she is introduced to Jan, Gary Windass’ new work colleague.

Seb is rather dubious of the charming chap, though… although it’s no surprise he would want to protect Eileen after what she went through.

The mum of two’s world was torn apart last March when she discovered that her builder hubby had been steadily knocking off residents of Weatherfield.

In a shocking confrontation, she pushed him over a cliff, leading her and viewers alike to believe he’d slipped off forever to a watery grave.

But we soon discovered that he was still alive… and he returned to the Street one last time for an act of revenge.

Anna Windass became hero of the hour when she stabbed him to death, bringing to an end a truly terrifying and bloody reign of terror.

We’d stay single a while longer, if we were you, Eileen. Take up Bingo or hot yoga instead!

What do you think of Eileen’s new man? Leave us a comment on our Facebook page @EntertainmentDailyFix and let us know what you think!