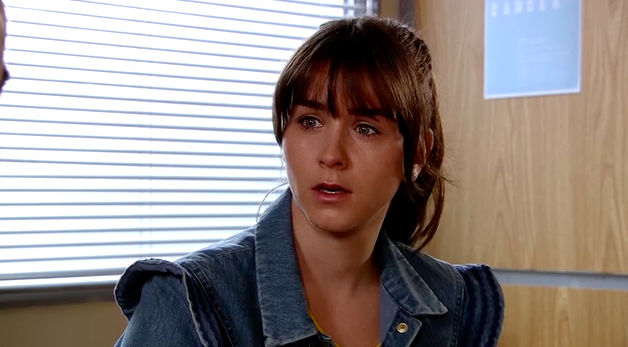 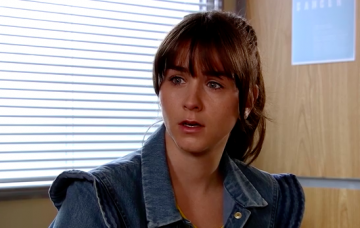 New Coronation Street star Stirling Gallacher reckons it could be love between her character Paula Cunliffe and Sophie Webster.

The former Doctors actress hopes solicitor Paula will dive into her budding relationship with Sally Metcalfe’s daughter – despite representing her mother in her ongoing fraud case.

And while Stirling expects tension between Sally and childhood pal Paula after it emerges she and Sophie are seeing each other, the Weatherfield newcomer believes her character and Sal will remain friends.

Considering Sally has no idea Paula is bisexual and was initially hoping to set Sophie up with her daughter – and may possibly prefer the lawyer to concentrate on keeping her out of prison rather than snogging her youngest – it seems unlikely she will be toasting their new love anytime soon.

However Stirling, who has also starred in The Office, told Metro.co.uk she reckons Paula and 23-year-old Sophie could be a perfect match, if they can mind the age gap.

Asked if it could be true love for Paula and Sophie as their secret romance progresses, Stirling warned against assuming their relationship will be all plain sailing.

She said: “That’s the fascinating thing – I would very much enjoy seeing how that could work because the age gap obviously is at least twenty years, and I think it’s possible if they could both embrace each other’s choices and age.

“There’s lots of avenues for them to overcome if they properly love each other.”

Describing Paula’s immediate attraction to Sophie – who has been single since splitting with Kate Connor earlier this year – Stirling added her character was impressed by the Speed Daal manager’s maturity after offering wise words about her daughter Isla’s wish to go travelling and see the world.

Stirling continued: “From Paula’s point of view, she’s aware that Sophie’s aware and there’s a nice little flirtation where they’re both toying with the idea of being involved with each other.

“Sophie makes the decision that this is going to happen and then Paula has to think about whether or not she’s willing to risk her working relationship because it’s not a sensible move to get involved with someone’s daughter when you’re representing them in such a way.”

But despite the inevitable fallout, Stirling has hinted her character will look to mend fences with her old mate while still carrying on with her daughter.

“If and when Sally finds out about the relationship they’re might be a bit of a frisson there but I’d imagine Paula would be able to work it so that they remained friends because I’d love it if Sally and Paula would hang out a bit more!” she said.

It may be a case of seeing how well Paula does in court, first…

Do you think their love will overcome the age gap? Let us know what you think of this story by leaving us a comment on our Facebook page @EntertainmentDailyFix!