There's a shock in Erinsborough next week when Neighbours icon Susan Kennedy is attacked in her own home.

But who would want to hurt lovely Suse?

It's a case of mistaken identity after her neighbour, Yashvi Rebecchi, hits her with Karl's guitar. 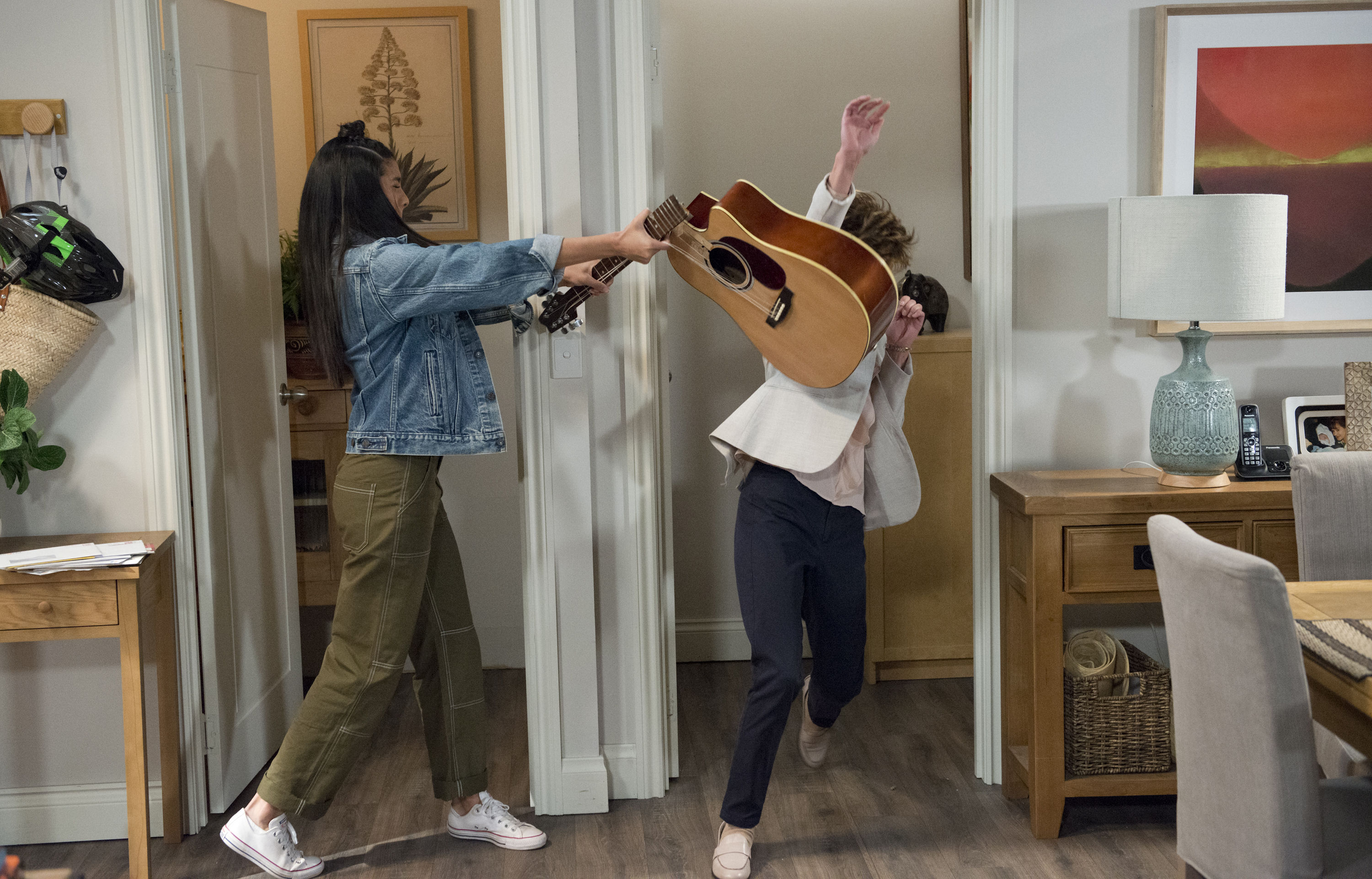 It can all be traced back to troublesome Finn Kelly, whose obsessive fan, Alfie, is making his life very difficult indeed.

With Finn's girlfriend Bea Nilsson getting caught in the crossfire, residents are worried for her safety.

Bea's best friend Yashvi is dragged back into the situation when she overhears Alfie's plans to break into No.28 while everyone is out at the Erinsborough Music Festival.

Due to Finn's violent altercation with Alfie previously, and the fact he has strict conditions surrounding his release, Yashvi doesn't want to involve the police for fear Finn would go back to prison.

And with Bea about to perform at the festival, Yashvi wants to protect her friend and sort the whole thing out herself.

Waiting in the Kennedy house on her own, Yashiv prepares to tackle Alife herself when he arrives. 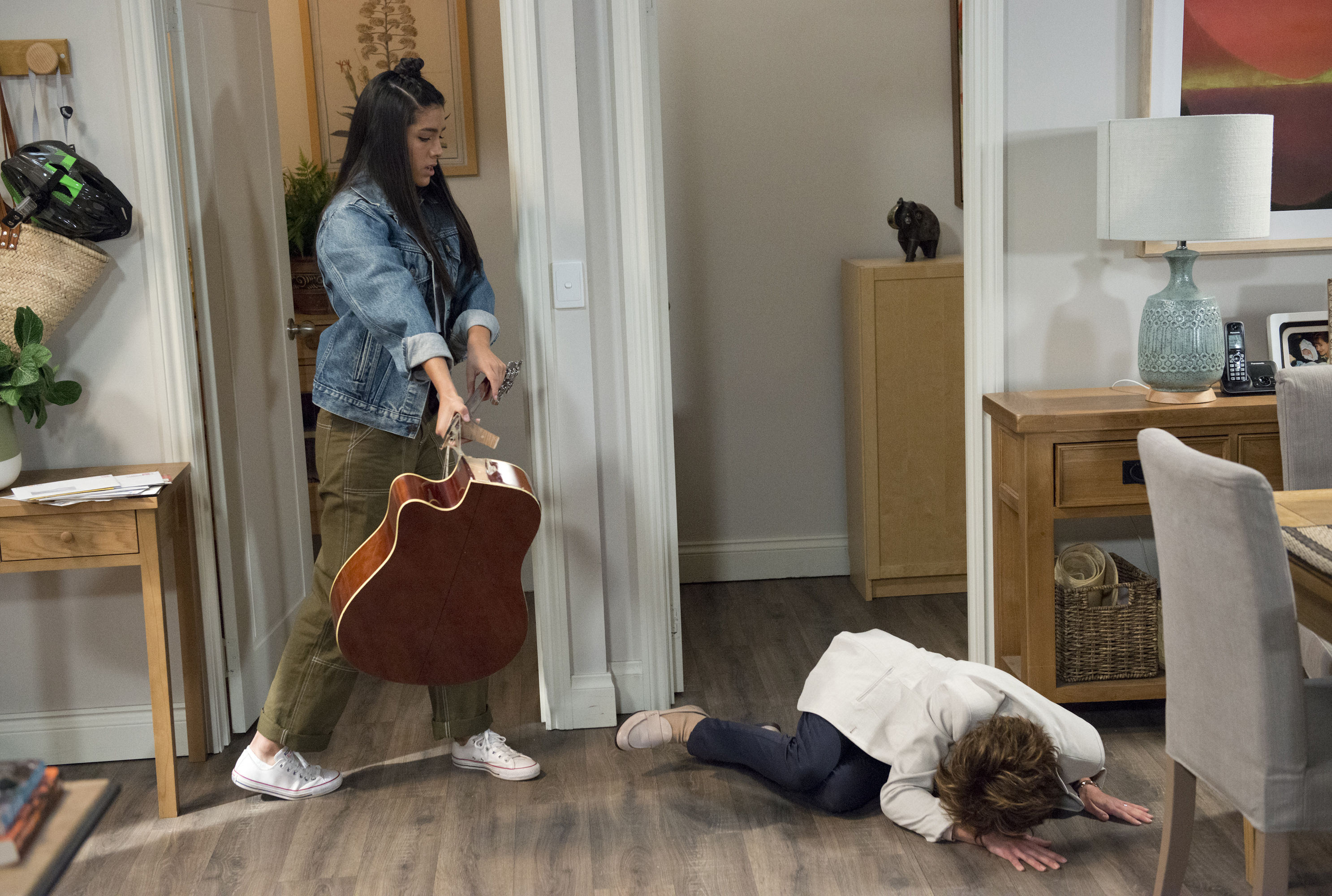 She's armed with Karl's guitar as a weapon and when the door opens she swings, hitting the person behind it to the ground.

Only it's not Alfie, it's Susan.

Suse is rushed to hospital, with her prognosis worrying. 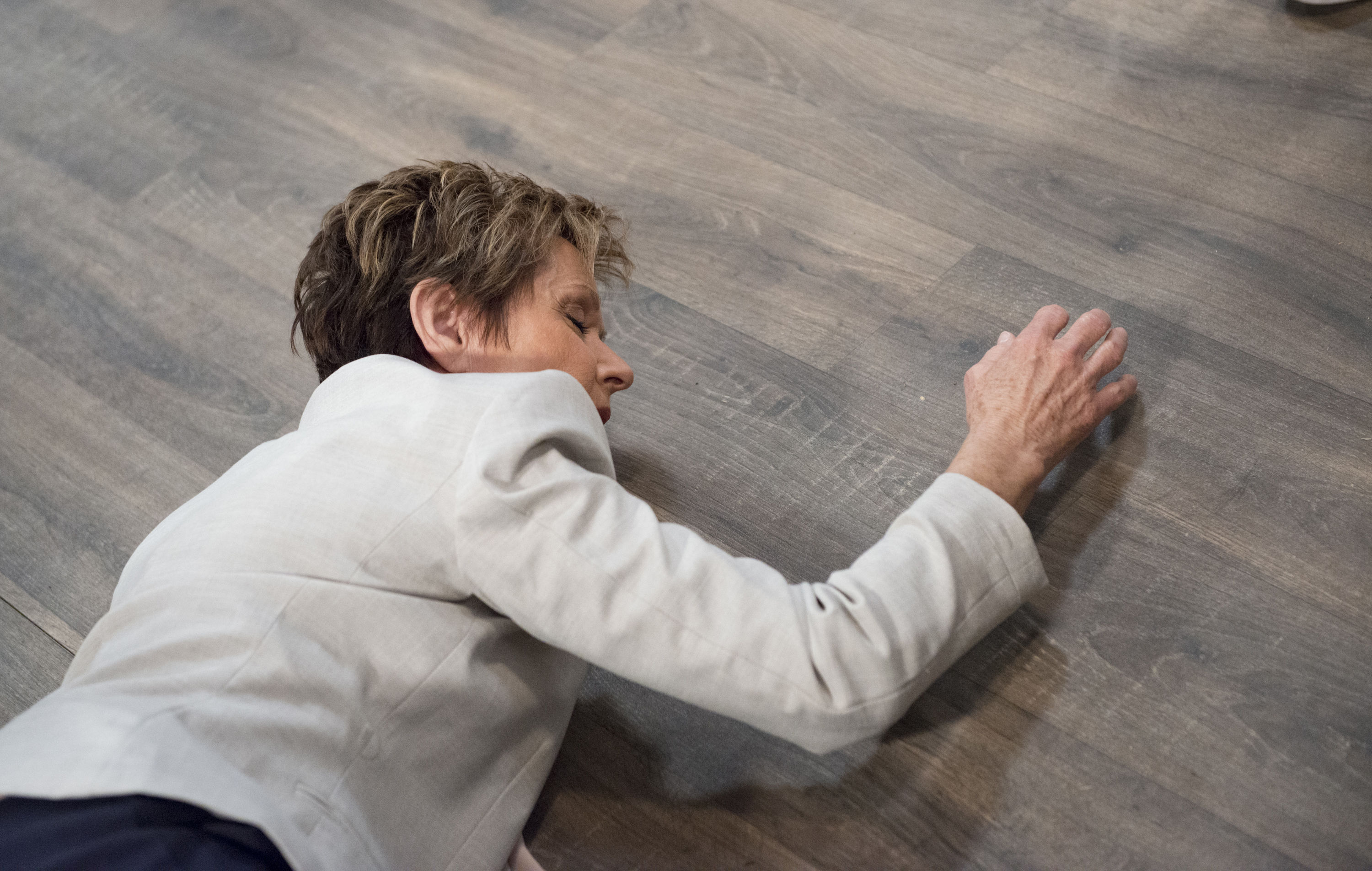 Will Susan pull through? (Credit: Channel 5)

Yashvi is forced to confess the whole sorry story to her parents, Dipi and Shane, who are furious at her reckless behaviour.

Yashvi's boyfriend Ned Willis defends his other half though, and tells Shane to go easy on his daughter.

Shane isn't happy about Ned sticking his nose into family business. Has Ned made things worse? 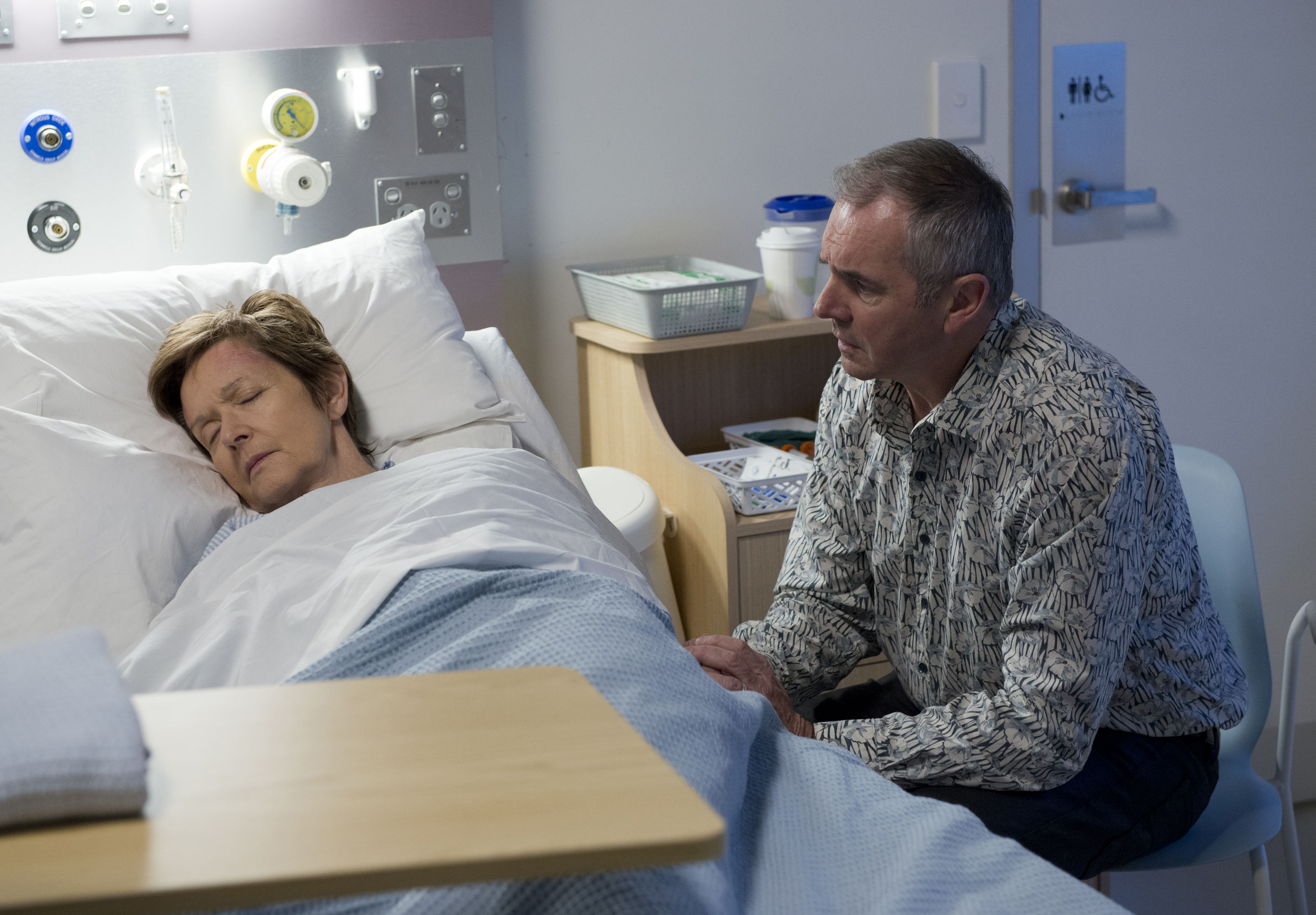 Karl hopes his wife will be okay (Credit: Channel 5)

And what about Susan?

As Karl sits by her bedside, will she pull through?