Viewers couldn't believe their eyes as a Neighbours stars Anne Charleston and Ian Smith reunited for a special interview on Loose Women today.

Fans were overjoyed to see the soap legends sharing a screen together - and were even more bowled over by Ian's furry face.

And while some could barely recognise the 80-year-old actor from his soap heyday, others thought the new look suited him.

Indeed, the Aussie favourite's appearance - whose dour but loveable character was called 'Jelly Belly' as he was teased by Lou Carpenter back in the day - was said to be improving with age by admirers. 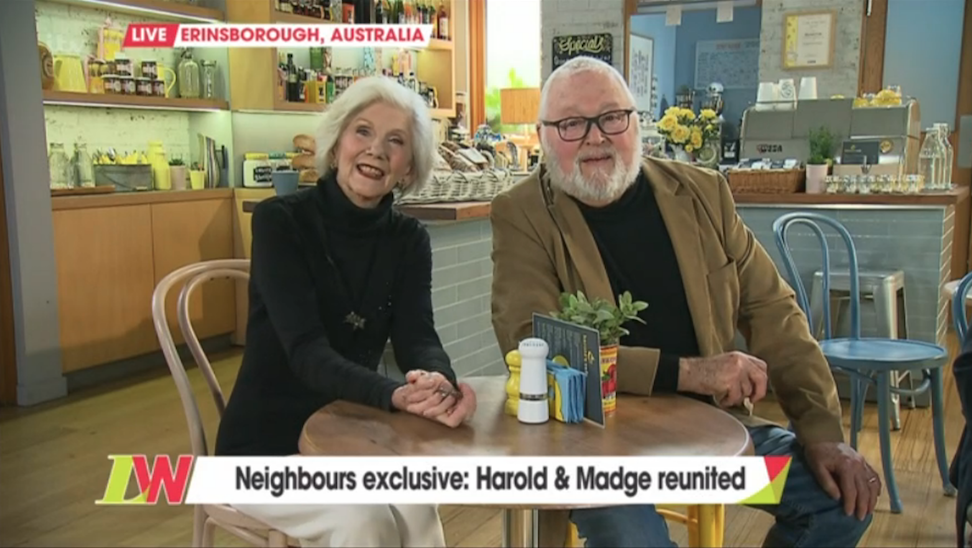 What a pair of absolute legends (Credit: ITV)

"I always say that men get more handsome as they get older....... look at Harold!!" Twitter user @MaggieKillin commented.

His beard certainly drew a big reaction on social media and the dramatic change saw him compared to Chewbacca from Star Wars and Father Christmas.

I always say that men get more handsome as they get older - look at Harold!

One viewer even confused Ian for Doctor Who star Colin Baker.

Who’s the guy with the beard, is it Ian Smith who played Harold?

I'm not sure I can cope with Harold Bishop having a beard. #LooseWomen

The actor who played Harold in Neighbours, if he doesn't shave for the next 5 years, can audition for Chewbacca in next Star Wars movie. 😄

Dear God. Is that really Ian Smith? Blimey. I thought for a second it was Colin Baker!

From Harold and Madge to Mr and Mrs Claus #justbanter #Neighbours pic.twitter.com/4TVp3j16Fp

Reminiscing about their character's most memorable moments on the show, Anne and Ian revealed behind-the-scenes secrets about a couple of scenes that didn't quite go as planned.

On Harold's first departure from the long-running soap in 1991 where he was swept out to sea from a cliff, Ian said coastal conditions did not look particularly lethal during filming.

"It was meant to be terribly rough and a wave was meant to wash me off the rock, but it was like a mill pond. 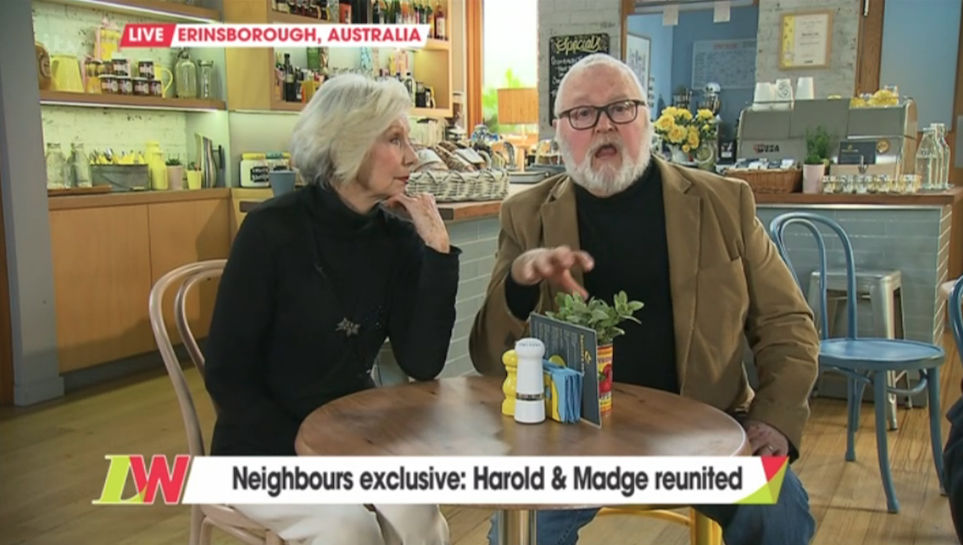 Ian's hands had a stand in during Harold and Madge's wedding (Credit: ITV)

"All the crew were picking up rocks and throwing them in the sea to make it look rough."

And it seems filming for Madge and Harold's wedding endured a few hiccups, too.

Ian explained: "The biggest drama was that I had psoriasis on my hands so they couldn't do the ring on the finger.

"The director's hand came in [as a substitute for the close up]. That wasn't Harold's hand!" The acting duo formed a much-loved onscreen partnership until Madge passed away in 2001 (Credit: ITV)

So does that mean Madge and Harold were never technically hitched? Strewth.

But it was Anne and Ian that stole the show - with his beard upstaging them all.

😱OMG. Look at Madge and Harold in 2018. #Neighbours pic.twitter.com/JlQLKD9CoA 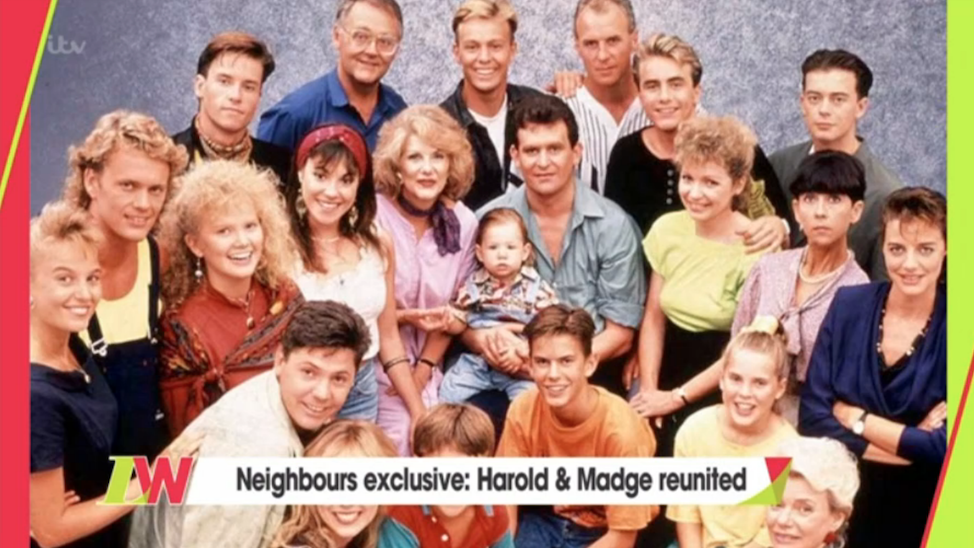 Don't even think about how long ago this was (Credit: ITV)

What did you make of seeing Madge and Harold reunited on Loose Women? Let us know what you think by leaving us a comment on our Facebook page @EntertainmentDailyFix!