Viewers of Neighbours were overjoyed this week when former star Jason Donovan returned to the set of the Australian soap.

Although the actor and singer, 51, arrived on Ramsay Street to visit his daughter Jemma who stars in the soap, Jason's fanbase begged him to make a sensational comeback.

On Thursday (February 6), Jason shared a photo of himself and his daughter Jemma beside the sign of the fictional cul-de-sac in Erinsborough.

Back in Melbourne, couldn't resist a trip down memory lane to visit my daughter.

Alongside the sun-drenched photo, Jason wrote: "Back in Melbourne, couldn't resist a trip down memory lane to visit my daughter @jemma_donovan #fullcircle."

Unsurprisingly, Jason's fans were thrilled with the snaps and demanded he return to the soap that catapulted him and onscreen wife Kylie Minogue to fame.

Had an awesome day today with @jemma_donovan!

One wrote: "Since you're already there, why don't you just film some scenes with your brother Paul?"

Another added: "We need Scott back."

A third said: "You should do a cameo. Visit your brother Paul."

"Would be great to see you both on screen together ," said one more, while another added: "Please please come back Jason."

Jemma also posted the photo on her own Instagram page, joking: "It was bring your dad to work day today on set."

Jason posted a film on his way to the set, too, in which he tells the camera: "Thirty years ago, this street changed my life.

"There's lots of memories. Here in 2020, a cheeky little visit to see my daughter on set."

Jason played iconic character Scott Robinson from 1986 to 1989, and his daughter recently joined the cast as Harlow.

In fact, she's the THIRD generation of the Donovan family to appear on the soap, as her grandad Terence - Jason's dad - also appeared as Doug Willis. 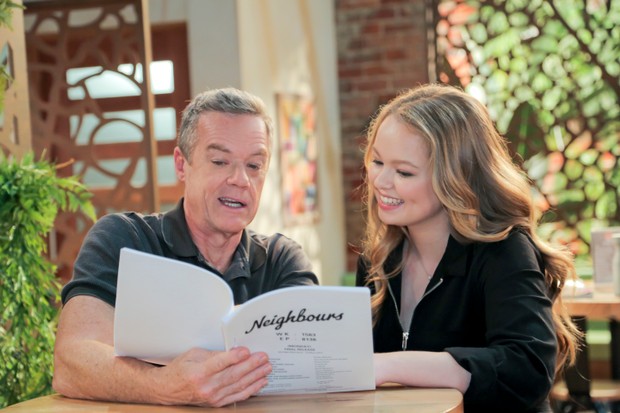 Jemma joined the cast in March last year, and appeared for the first time in July.

At the time, the soap said: "A third generation of Donovans is heading to Neighbours! We're over the moon to reveal Jemma Donovan, daughter of Neighbours legend Jason (Scott Robinson) and granddaughter of patriarch Terence (Doug Willis) will join the cast as Harlow Robinson - appearing on screen in July."

Meanwhile, proud dad Jason added: "It's official. My daughter Jemma ⁦joins the cast of Neighbours. Can't wait to see what you do with the character Harlow Robinson. Jem, work hard, have fun and enjoy the process. Three generations of Donovan's on Ramsay Street." 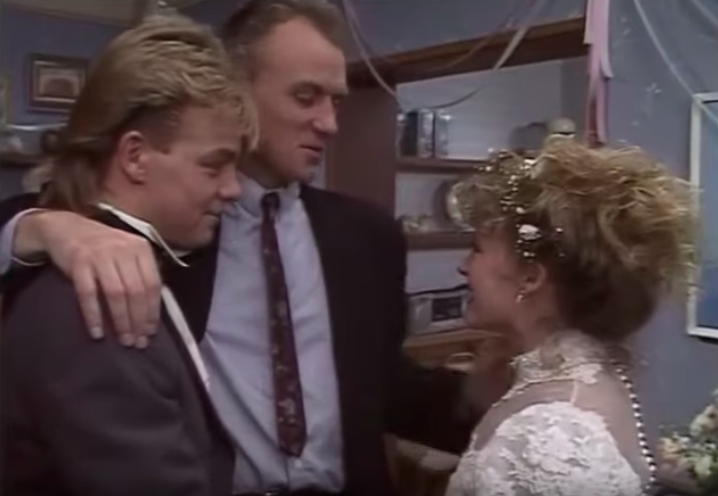 Scott and Charlene's wedding in Neighbours was an iconic soap episode (Credit: YouTube)

Actor Jason found fame playing Scott on the show in the 80s, and was catapulted to stardom - thanks partly to his real-life romance with co-star Kylie.

He later embarked on a successful singing career.

Would you like to see Jason Donovan return to Neighbours? Leave us a comment on our Facebook page @EntertainmentDailyFix and let us know what you think!