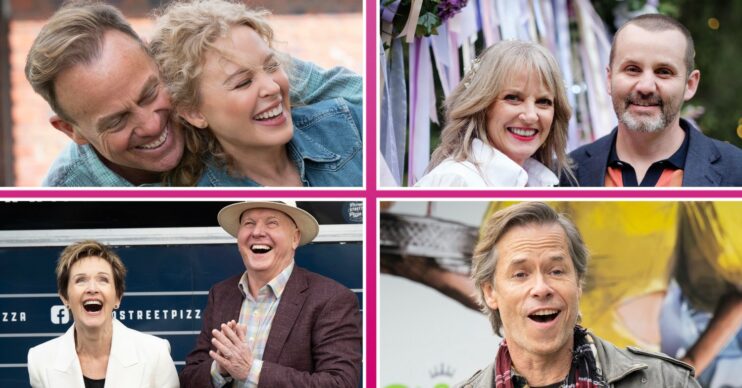 Lots of returns, some departures and a wedding!

Neighbours spoilers for the last week of episodes have finally been confirmed.

And it’s set to be a tearjerker!

As the Aussie soap bids farewell to our screens after 37 years, here’s what we can expect from the last ever week and the last ever episode in all the latest Neighbours spoilers.

Read more: Why was Neighbours axed? The real reason revealed

Izzy’s return sends the Kennedys into a spin

After the revelation that Izzy Hoyland was not only back in town, but in a relationship with Karl and Susan‘s son, Mal, Susan is still reeling.

And with Izzy and Mal wanting to live on the Street, Susan is determined Izzy will not push her around.

Susan comes up with a plan to rid herself of her nemesis for good.

But Izzy won’t take it lying down.

When Susan insists Mal make a choice she is devastated when he picks Izzy. But as Susan starts to regret her rash behaviour, it might soon be Mal who lives to regret turning his back on his family…

After a couple of chance encounters with newly returned Shane Ramsay, Izzy finds herself dazzled by his wealth. It’s not long before she’s up to her old tricks and she crosses a line.

Karl and Susan learn what she’s been up to behind Mal’s back and prepare to confront her. However, will Izzy have the last laugh when her next move shocks everyone?

Can Clive win Jane back?

Clive’s big secret has left Jane reeling, but Byron is determined to put things right between them.

Jane finds Byron giving Clive the watch he left at Danielle’s place and is cross with them both. But Byron sets her straight.

He thinks she should work things out with Clive.

But just as Clive is preparing a grand gesture to win Jane back, an unexpected twist thwarts his efforts.

Will he manage to get the girl?

Neighbours spoilers: Therese and Paul back together?

Therese and Paul are both preparing to move away, but they soon find themselves thrown back into each other’s oribit.

When Therese makes a shocking discovery, she is overwhelmed. Feeling emotional she blows up at Glen.

Glen, for his part, is struggling with Therese always sticking by Paul.

She tries to reassure him, but he comes to a painful realisation.

Is this the end of the road for Therese and Glen?

And where does this leave her and Paul?

As they confront their unresolved feelings, will they reunite?

Who is leaving Ramsay Street?

It seems there is a big list of departures before the week is out.

Chloe is reeling from the return of Elly. Chloe had made the decision to sell up and leave Ramsay Street for Adelaide, but Elly’s return throws a spanner in the works.

What will she decide to do? Will she leave?

Paul, David and Aaron are all headed for the US. And Nicolette makes the decision to go with them.

And Therese is also set to leave, but will it be with Paul?

Mike, now a teacher, has a daughter and they are moving back to Erinsborough.

Jane gives him a tour of all the Ramsay Street houses before they go under the hammer.

But Clive is jealous and it’s not long before it leads to a shocking confrontation.

Which man will Jane pick?

Toadie and Melanie get married

Toadie and Melanie are excited for their big day.

However they are both struggling with memories of their past.

Toadie realises he has to make a bold gesture – and puts No.30 on the market to prove his future is with Mel.

The only thing hanging over their happiness is what’s happened with Amy. An old friend visits Toadie, but will he be able to put it right?

Callum arrives for the big day and Mel and Toadie are thrilled. But will Amy return and give them her blessing too?

Will Toadie and Melanie have the day or their dreams as they prepare to get married?

The last ever episode of Neighbours airs

Neighbours are staying tight-lipped about what happens in the last ever episode.

It centres on Toadie’s wedding day and we know there will be more returning favourites such as Scott and Charlene.

Meanwhile, Susan is struggling with everyone leaving, but will it be a happy ending for her after all?