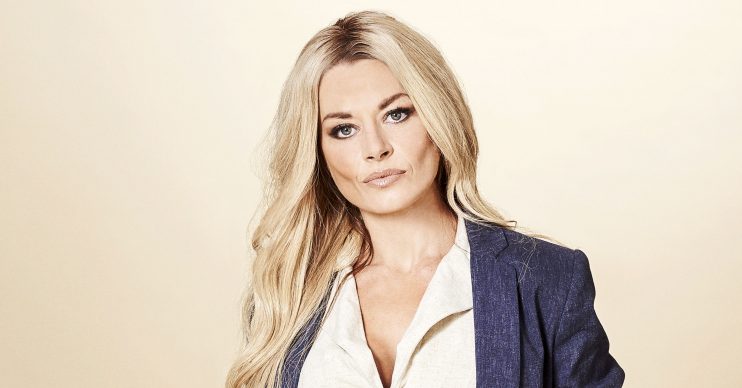 It isn't over for Toadie and Real Dee yet

Fans of Neighbours hooked on the return of Dee Bliss from the dead, will be subjected to more heartbreak next week when Fake Dee – aka Andrea Somers – schemes once again.

It’s been something of a struggle trying to keep up with the storyline after Andrea’s 2017 scheme in which she pretended to be Dee.

Read more: Neighbours boss reveals plans to bring family back from the dead

With Erinsborough legend Toadie grieving following the tragic death of his wife Sonya Rebecchi, Andrea has taken advantage of that in recent weeks, worming her way back into his affections.

After a full-on breakdown, Andrea returned to supposedly try to be a better person. But that was all revealed to be an act when she came face-to-face with Real Dee.

Despite believing Dee had been dead for 16 years following a clifftop car accident on her wedding day to Toadie, Dee is really alive and not just in the form of villain Andrea.

Dee had been living in witness protection as a woman named Karen and her meeting with Andrea resulted in a physical fight – which saw Dee plunge off a cliff all over again.

While Andrea rushed back to Erinsborough to pretend to be the real Dee once again, Real Dee was rescued from the water by her mother, Heather.

And when Dee found out Toadie was about to be conned by Andrea again, she pretended to Heather that she was Andrea and they rushed back to the Street save Toadie. (Are you keeping up?!).

With Andrea and Heather now locked up for their crimes, Real Dee is trying to process everything that has happened.

This week it will be revealed that Andrea and Dee are in fact twins when a DNA test proves the pair were both born to Heather.

Heather undergoes hypnosis to remember her birth experience and it will be revealed she has constructed a false memory to cope with the trauma of what really happened.

She actually had her babies in a shelter and one of the nuns took Dee away and gave her to the Bliss family.

And next week sees Dee desperate to reconnect with her birth family.

Deciding she doesn’t want to cut off contact with her mother or sister, Dee goes to visit them in prison, despite Toadie’s fears.

Heather shows genuine remorse for her actions, but Andrea only pretends to bond with Dee so she can get herself a lighter sentence.

Dee is devastated by this latest cruel blow and after support from Toadie, she makes a big decision.

The returning character decides to cut her mum and sis out of her life for good.

Is this the last we’ll see of Fake Dee? Or will Real Dee be subjected to more heartache at the hands of her twin?