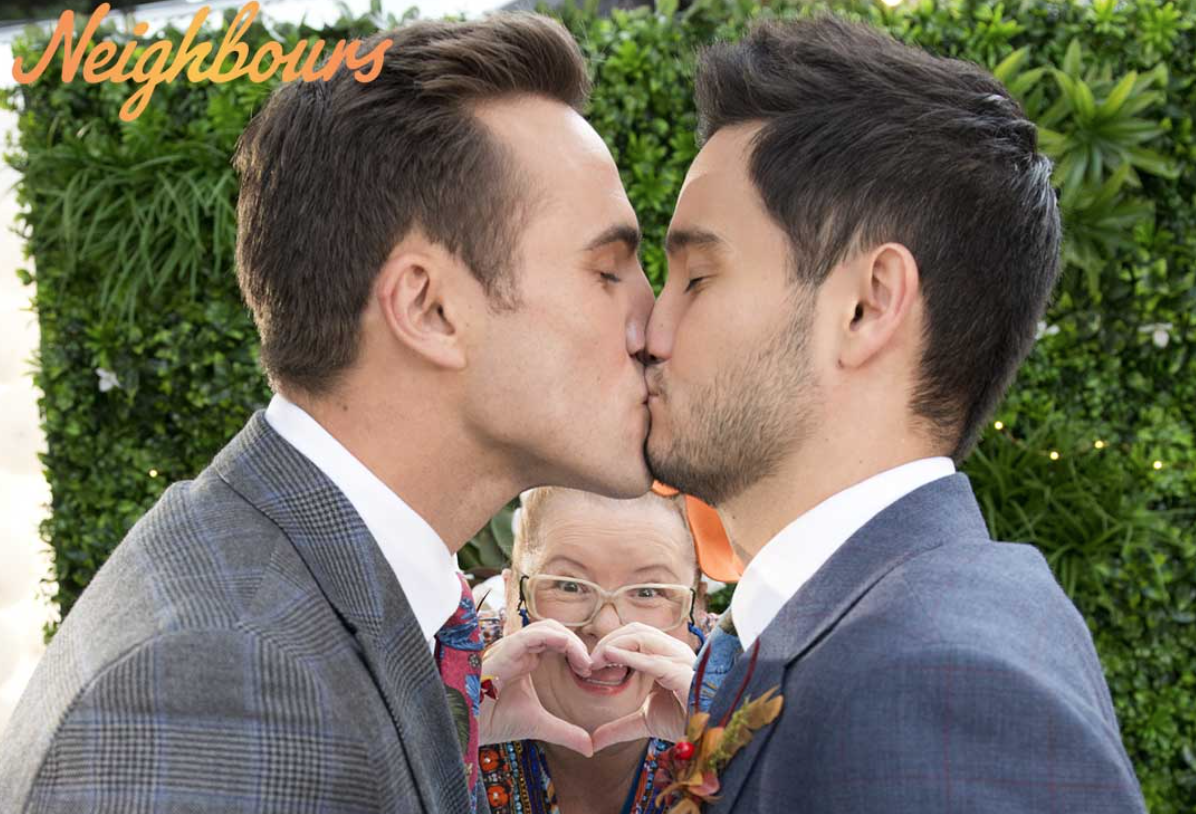 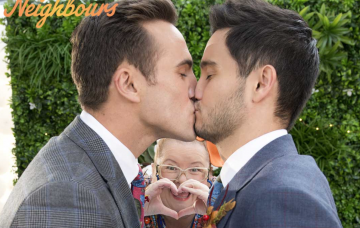 David and Aaron's wedding will be remembered for years to come

Neighbours made TV history yesterday as they screened David Tanaka and Aaron Brennan’s wedding – the first gay nuptials to be shown on Australian television since it was voted to legalise same-sex marriage.

And as the residents of Ramsay Street celebrated the happy couple’s big day, fans of the show couldn’t be more thrilled with the way it turned out.

‘Darron’, as Neighbours fans have dubbed the pair, have had quite a dramatic lead up to their big day with plenty of obstacles getting in the way of the all-important planning, making this one of the most hotly anticipated weddings Erinsborough has ever seen.

But thankfully the day went without a hitch – sort of – and the pair have tied the knot in the most romantic of ceremonies.

The fans loved every second, with one tweeting: “Congratulations on a brilliant episode. Emotional, funny and a big statement for equality.” 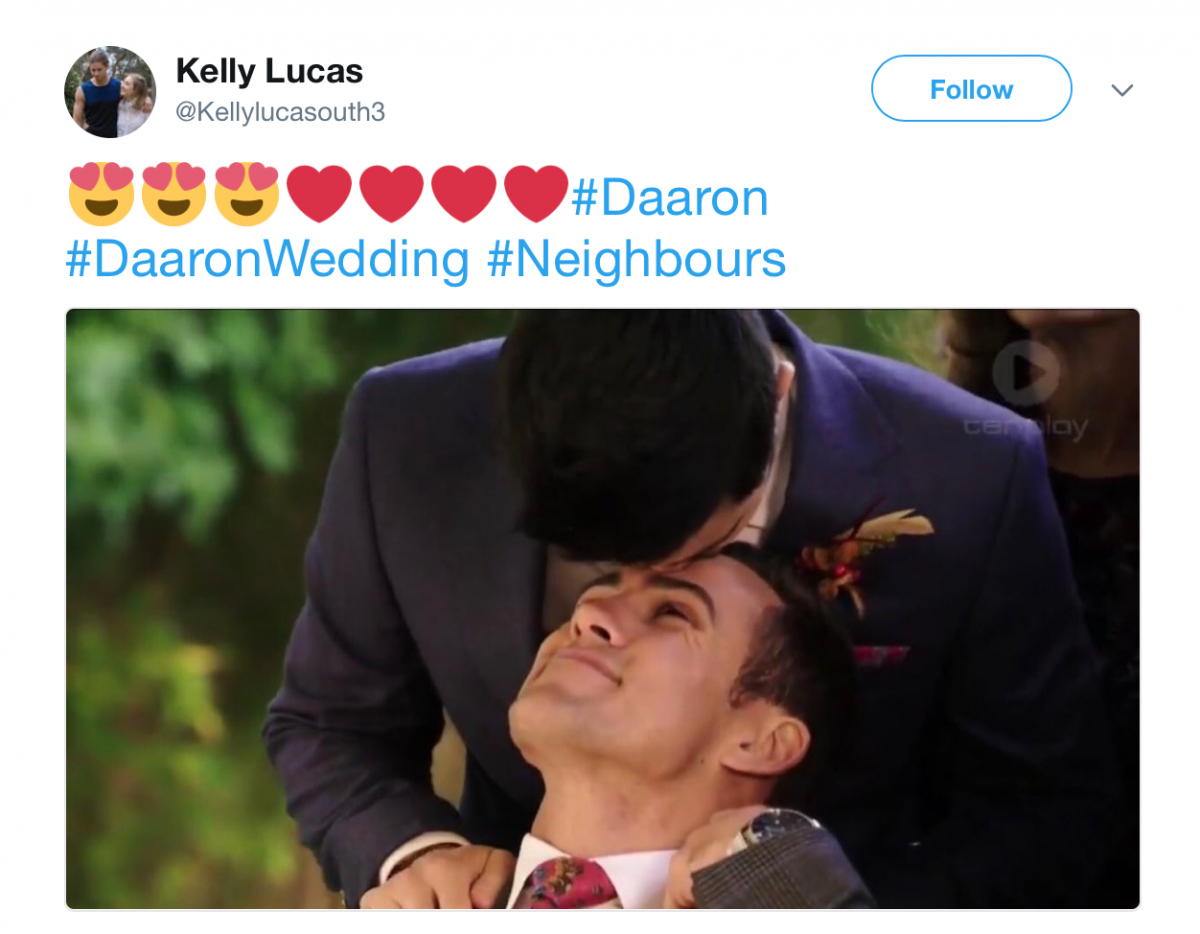 When it comes to weddings, it’s all about the little personal touches that make the day special, and Neighbours fans were thrilled by the choice of music picked for the grooms to walk down the aisle to.

The soap played ‘Especially For You’ by Neighbours alumni Kylie Minogue and Jason Donovan, leading to the fans taking to social media in their droves to express their delight…

“It still doesn’t feel real. A lot of the time you’re so consumed with the work in front of you, you don’t realise the bigger picture or meaning of what you’re actually doing.

“This is the biggest moment in my career so far, that’s for sure.”

What did you think of David and Aaron’s wedding? Leave us a comment on our Facebook page @EntertainmentDailyFix and let us know what you think!