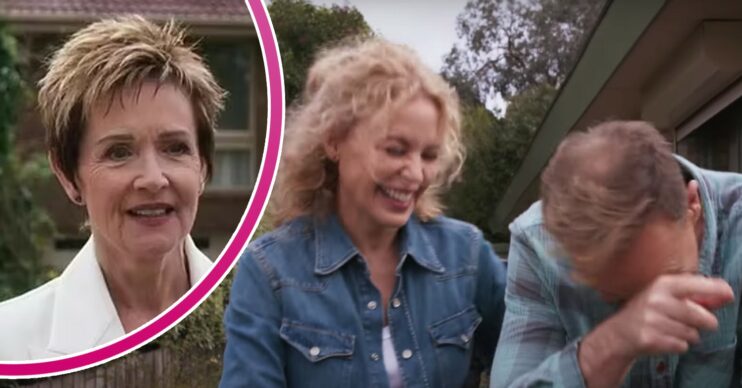 Neighbours fans break down in tears at emotional final episode

Neighbours fans have broken down in tears as the soap’s final ever episode aired.

The Australian soap was axed by Channel 5 after 37 years leaving viewers emotional.

During the soap’s final edition a host of famous faces from its past returned to Ramsay Street to say goodbye.

The likes of Kylie Minogue and Jason Donovan reprised their roles as Charlene and Scott for the special.

It saw them return to the Street and reunite with old friends Mike and Jane – who also got back together!

Ramsay street icon Susan Kennedy had star billing for the final moments, narrating what she had written in the memory book for the community.

Her words brought back long dead characters like Madge Bishop and Doug Willis.

“I think you have to acknowledge everything, celebrate it all,” she said.

“The good, the bad, because all of that makes us who we are. Everyone deserves a place in the history of Ramsay Street… even those who watched us from a far.

“Together, we have been the perfect blend.”

With that Toadie lost control of a giant balloon as it soared above the street and showered everyone in confetti.

One said: “I’m sobbing & lost for words right now! That was just perfect Thank you @neighbours”

A second said: “Don’t mind me, just sobbing over a show I’ve not watched in twenty years #Neighbours”

A third said: “The ending of @NeighboursTV was just perfection. So many familiar faces and Susan’s monologue…I’m not crying, you are… #NeighboursFinale #Neighbours”

Meanwhile the 9pm showing of the finale attracted 2.6million viewers – the soap’s highest ratings in more than a decade.