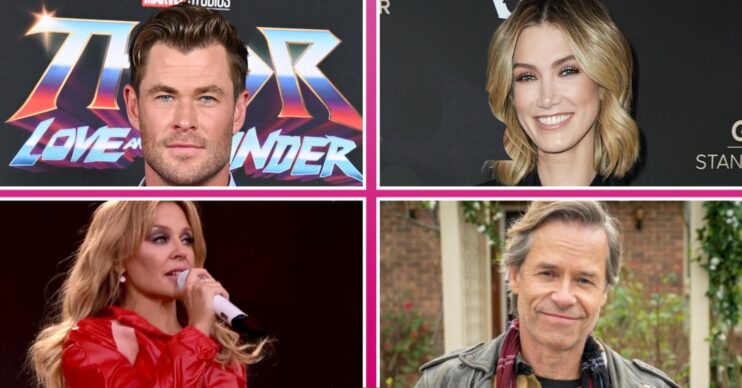 Neighbours cast now: The biggest superstars who began their careers on the soap

Ramsay Street can be the road to international fame and fortune...

A role in Aussie soap Neighbours can lead to all sorts of things.

Hollywood superstardom can beckon or perhaps an international pop career is on the cards. At the very least a stint in panto in Bognor Regis will be on the table.

Who knows? Maybe you can even have all three!

But which Ramsay Street residents really hit the big time? As we prepare for the final episode to air, we reveal the Neighbours stars that went on to become total superstars…

When it comes to hitting the heights, 80 million album sales worldwide ain’t half bad.

Kylie made it big before she even left Neighbours, with a string of hit singles in the UK and in Oz. And she’s kept them coming.

She was the first woman to score a no.1 on the Official Albums Chart in five consecutive decades – from the 1980s to the 2020s.

She’s also kept up acting, with roles in Hollywood movies such as Street Fighter and TV roles in Doctor Who. She also had a hilarious appearance in Aussie sitcom Kath and Kim playing a spoof of Charlene.

But it’s music where she’s really made it – as the 100,000 strong crowd watching her at Glastonbury in 2019 will confirm. She proved she had more than earned the place in the ‘legend’ slot.

The hits may have dried up for Jason after a couple of albums.

But as the 90s arrived he reinvented himself in the musical Joseph And The Amazing Technicolor Dreamcoat. He won a nomination for a posh Olivier Award and bagged his final no.1 single.

A much-publicised collapse from a drugs overdose in 1995 saw his career stall. However, he picked himself up, got himself clean and has not been far from our stages and screens ever since.

He’s appeared in countless musicals and stage shows, and even made a return to soap in short-lived ITV sudster Echo Beach.

These days, there can’t be an 80s nostalgia festival where he’s not on the bill. And that’s not the only part of his past he’s revisiting.

As well as going back to Neighbours, Jason has enjoyed two sell-out runs back in Joseph. This time as the Pharaoh, rather than the title role.

He knows there’s only so much of your youth you can recapture.

Natalie’s post-Neighbours career got off to a cracking start. She’ll forever be associated with Torn, her first single that sold a mind-blowing 8 million copies worldwide.

After that, anything might seen a bit of an anti-climax, but Natalie has continued recording music. She has six albums under her belt.

She’s also used her pop business experience as a judge on the Aussie X Factor and guest appearances on the UK version.

Acting-wise, she made her movie debut opposite Rowan Atkinson in 2003’s Johnny English.

However, her biggest moment  in our eyes is clearly winning The Masked Singer earlier this year as Panda. Beat that, Minogue!

Like most of his co-stars of the era, Craig found music fame, hitting the top 10 with his band Check 1-2.

He also made a bold career move when he went on to play Grant Mitchell. No, not that Grant Mitchell, this one was a character in Home and Away.

But it was still considered big news for him to join the soap that was Neighbours big rival at the time.

In the UK he took the lead in Saturday night sci-fi drama Bugs. More recently became a huge name back in his native Oz as the lead in The Dr Blake Mysteries.

He was nominated as Best Actor three years running in the prestigious Logie Awards.

Craig hit the headlines, however, when accusations of sexual harassment were made against him in 2018.

He was acquitted, but set out to sue the media outlets that had originally aired the accusations.

The case gave the Aussie gossip magazines an endless supply of juicy headlines.

He caused a splash post-Neighbours as drag queen Felicia in the camp classic movie The Adventures of Priscilla, Queen of the Desert.

When his film LA Confidential was a huge hit in 1997, winning two Oscars, Guy really hit the big time.

Since he’s starred in dozens of films and top TV series such as the recent Mare of Easttown.

But while he’s a big name in Hollywood, Guy is not too big to head back to Ramsay Street. The actor features in the show’s final episodes.

Read more: Why was Neighbours axed? The real reason revealed

Donna and Ringo were one of Neighbours golden couples.

Their love story almost reached the heights of Charlene and Scott’s, but Margot may have eclipsed Kylie in her post-Neighbours success.

Countless critically acclaimed film roles have followed. She even bagged two Oscar nominations for her roles in I, Tonya and Bombshell.

But with a Bafta and several other awards, her trophy shelf is hardly bare.

She hasn’t forgotten Ramsay Street though, sending 37 bottles of champagne – one for each year the show has run – to the cast and crew when the show filmed its final episode.

Alan had a hard time getting work post-Neighbours, feeling he was typecast as Jim in his native Oz.

So, he headed to Hollywood  and since seems to have gone to star in every TV series made.

He’s even had film roles including blockbusters Star Trek: Nemesis and Indiana Jones and the Kingdom of the Crystal Skull.

Back in 2018 he even came full circle, when he made a cameo in Neighbours as Paul had a vision of his father. 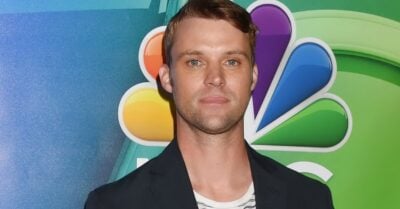 Star Jesse has gone on to star in two long-running US series since Karl and Susan’s youngest Billy left Erinsborough in 2000.

He was Robert Chase in House opposite Hugh Lawrie for eight years then Matthew Casey in firefighter drama Chicago Fire for nine.

The music superstar used Neighbours to launch her career in 2002.

Delta was already signed up to a record label when she joined the show, and with her character of Nina a talented singer, Delta’s song Born To Fly was featured in the show’s storylines.

The promotion helped her score a number one album, and since she’s scored nine no.1 singles in her native Oz and sold nine million albums worldwide. 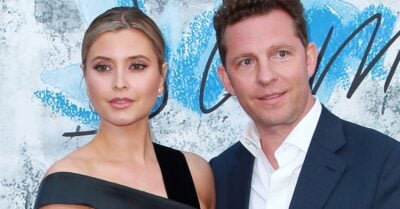 Holly launched a pop career and her first single, Kiss Kiss, went straight to no.1 hit in both Oz and the UK.

She had acting roles in the US hit show Prison Break as well as film roles in Pledge This! alongside Paris Hilton and Taken with Liam Neeson.

In 2012, she married Nick Candy, a billionaire property developer, so we don’t think she’s too worried about where her next role is coming from!

None of these stars were regulars on the show, so it can’t exactly be said that it was Neighbours which catapulted them to fame.

However, we can’t ignore them either.

Russell’s appearance in the soap is often mentioned in round-ups like this, but he appeared in only four episodes as bad lad Kenny Larkin back in 1987.

Liam had the biggest role of the trio, appearing in 19 episodes from 2007 as paraplegic teen Josh Taylor, who helped Bridget Parker with her recovery after she was hit by a car.

Liam’s bother Chris – later to find soap fame as Kim Hyde in Home and Away – also made a visit to Ramsay Street in 2002 for an episode.

These days, Liam and Chris are both huge stars – Liam finding fame in The Hunger Games series while Chris is internationally know as Thor in the Marvel movies.

However, Russell has appeared in almost 50 films, has an Oscar win and was nominated at the awards three years in a row from 1999. He’s also got a Bafta and a couple of Golden Globes – making him arguably the most successful former Neighbours of all time.

Will you be watching the Neighbours finale? Leave us a comment on our Facebook page @EntertainmentDailyFix and let us know what you think.