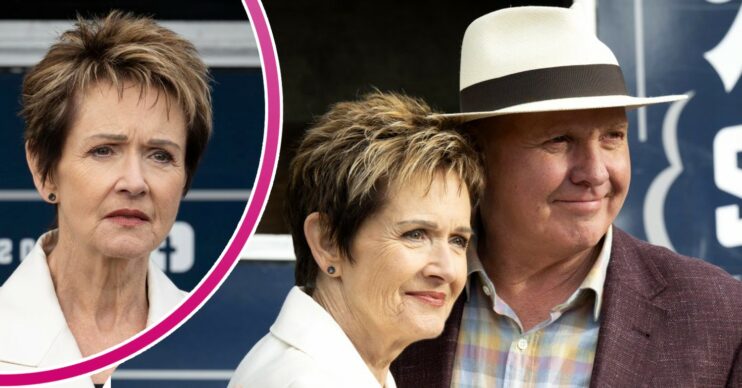 Neighbours boss Jason Herbison has revealed why the UK got a shorter final episode than Australia.

Fans had reacted with fury after discovering the UK broadcast of the finale was missing scenes that aired Down Under.

A video message from Sky Mangel was absent from the UK finale, as well as a touching scene where Dr Karl told Toadie that he was a son to him.

Another scene where Beth Brennan mentioned her son Ned Willis was also cut.

Fans were furious at the missing scenes.

Read more: Neighbours fans all have the same complaint about Kylie Minogue’s return

One said: “The finale was amazing.

“But I’m sadly reading that many aspects of it were missing in the UK edit, which is a shame. Regardless I still found it to be just as emotional!”

Another added: “That’s why I didn’t see Sky! Or the Beth hello to Ned! Cut from the UK broadcast. Scandal! #Neighbours #NeighboursFinale #CelebratingNeighbours”

Neighbours boss reveals why there are TWO different finales

But now the soap’s executive producer has revealed what really happened.

According to Digital Spy, both versions were made by Neighbours’ production team in Australia – rather than tinkering by Channel 5.

And the differences were down to Australia’s broadcast being extended to a 90 minute slot.

In the UK, Channel 5 split the broadcast as a 30 minute daytime episode and an hour-long 9pm special.

Herbison said: “The finale was always intended as a one-hour special. However, when [Australian channel] Network 10 made the decision to run 90-minute episodes in the final week, we suddenly found ourselves with more screen time.

“After bolting the second last episode with the finale and dropping an extra set of credits and recap, it opened up over a minute of time.

“We hurriedly added in some additional moments, such as Karl’s longer speech and Beth blowing a kiss to Ned.”

He added: “As you can imagine, with so much story at play, there was a lot of material left on the floor. There is easily another 15 minutes of unseen footage in the last episode, including the video messages.

“Perhaps one day we can do a special cut and cover such important questions as – how did that street party come together so quickly?”

Channel 5’s version of the episode also had music from Harry Styles and Ezra Miller added in.