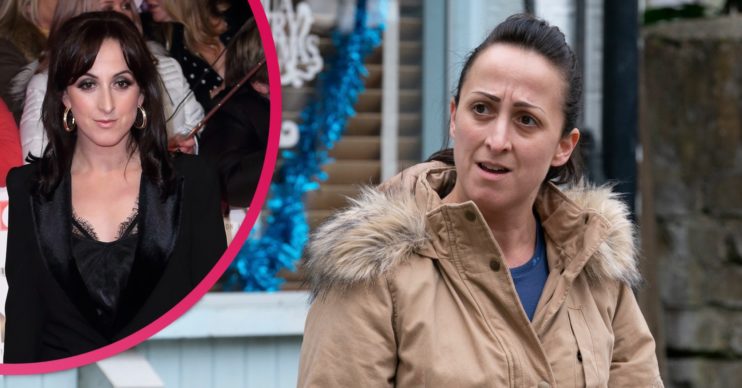 Have you been on the Sonia side of TikTok?

Natalie Cassidy fans on TikTok have been recreating iconic Sonia from EastEnders moments.

Natalie has famously played Sonia since 1993 and over the years has had many iconic moments on the show.

Over the last couple of years the app TikTok has become increasingly more popular, especially during the coronavirus pandemic, which saw many people stuck at home.

But it appears people have made time to recreate some of Sonia’s best moments.

In this scene, two fans can be seen recreating Sonia and Shirley’s argument over Tina Carter.

A few years ago, Sonia discovered her niece Tiffany had got caught up in a drugs gang and was desperately trying to get hold of money.

Sonia attempted to help her but when she caught Tiffany stealing from her great grandmother Dot, Sonia tried to stop her.

In this TikTok, the creator teamed up with another person to recreate the scene which ended with Tiffany slapping her aunt.

In another one, two creators teamed up to recreate the hilarious argument between Sonia and Sharon Watts.

In the scene, Sonia accused Sharon’s stepdaughter Louise of bullying her daughter.

Many soap fans will know Chi with a C, also known as Lucia Keskin.

Lucia is well-known on social media for her incredible impressions and recreating scenes from Coronation Street and EastEnders.

But in 2019, she posted her incredible Sonia impression – and made sure to include Sonia’s trumpet.

Some have even made funny videos using sounds from Sonia scenes.

Which Sonia TikTok was your favourite?

Want more from EastEnders? Entertainment Daily has a dedicated EastEnders spoilers section for you to get your fix before the latest episodes air.

Have you been using TikTok? Leave us a comment on our Facebook page @EntertainmentDailyFix and let us know what you think of these EastEnders spoilers