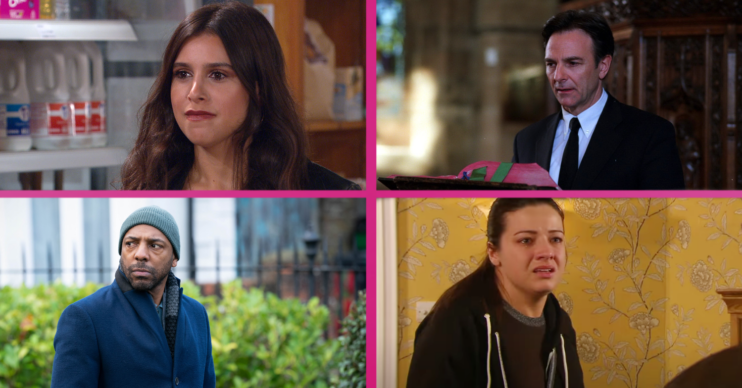 Most murderous UK soap revealed – and it may surprise you

There have been many murders in soapland

Hollyoaks has been crowned the most murderous soap in the UK.

The team at Buzz Bingo have analysed every crime and murder committed in British soaps to find out which one is home to the biggest killers.

They have now revealed Hollyoaks has been crowned the most murderous UK soap.

The Chester based soap is officially the most dangerous soap village/town to live in with 86 murders in its 26 years.

Yorkshire based soap Emmerdale follows behind and has seen 43 deaths and murders since it started in 1972.

EastEnders has been the crime scene of 42 murders in 36 years and Coronation Street has had 36 murders in its nearly 61 years.

Soap fans will know October is usually the most dangerous month in soapland with 28 murders committed to date. Hollyoaks alone is responsible for 15 of those.

The deadliest year in soap was 2018 which saw 18 murders take place across Hollyoaks, Emmerdale, EastEnders and Corrie.

Who are soaps biggest killers?

The Gloved Hand Killer tops the list as the biggest killer across all four soaps committing 7 murders in Hollyoaks.

The Gloved Hand Killer was revealed to be Lindsey Roscoe who killed her victims by injecting them with potassium chloride.

Brenda McQueen and Silas Blissett follow behind with six murders each.

Cameron Campbell killed four people including Dan and Sammy Lomax, who he ran over with his van.

Recently in Emmerdale, Meena Jutla claimed her third victim, Andrea Tate. With her still roaming free, could she overtake Cameron, or even take the top place?

Across the top 10 killers in all soaps, 60% belong to Hollyoaks.

Which is your favourite soap? Leave us a comment on our Facebook page @EntertainmentDailyFix and let us know what you think.