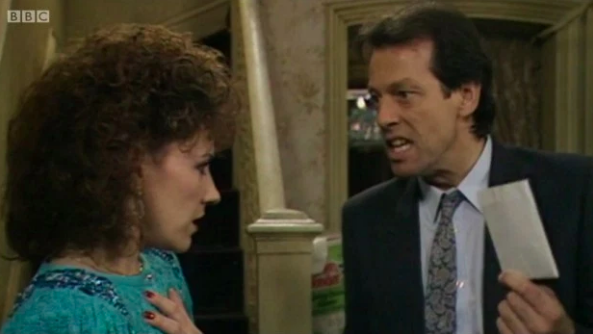 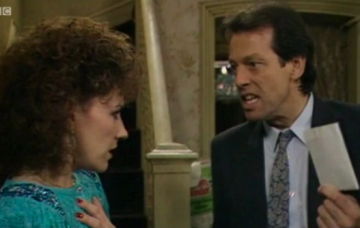 The most explosive Christmas soap episodes ever

Will this year top them?

While Christmas is the time for celebration, in the soaps it usually means big drama.

We’re looking at some of the most explosive Christmas soap episodes from Emmerdale, Coronation Street and EastEnders.

This includes death, affair reveals and some other nasty surprises.

Back in 2015, on Christmas Eve, Belle discovered her dad Zak was sleeping with their lodger Joanie behind his wife Lisa’s back.

With Christmas also being Belle’s birthday, that usually means big celebrations for the Dingles but 2015 was drama filled when Belle exposed her dad and Joanie’s affair.

When Joanie got Belle to do the wishbone with her, Belle said: “I wish you weren’t sleeping with my dad.”

Lisa started questioning her husband and Joanie and Zak couldn’t deny he was having an affair.

Lisa kicked both of them out of the house and was left heartbroken by her husband and friend’s betrayal.

Fair to say Belle Dingle had a 17th birthday to remember.

Hilda decided to leave Coronation Street after 23 years in 1987.

The character sold No.13 to Kevin and Sally Webster and her last full day she spent with the Websters.

As she went to say goodbye to everyone in The Rovers she was thrilled to see a surprise party waiting for her.

Hilda led the residents in a chorus of Wish Me Luck As You Wave Me Goodbye, leaving viewers captivated.

While Den Watts had been making plans for a while to leave his wife Angie, she knew he not longer wanted to be married to her and claimed she was dying and only had six months to live in a bid to stop him.

Den promised to be there until his wife’s death and took her on a second Honeymoon.

However on the way home, a drunk Angie admitted to a barman on the Orient Express that she’s not dying.

However she had no idea that Den overheard her confession.

He got his revenge by serving her divorce papers on Christmas day saying: “Happy Christmas Ange.”

Tom was killed in the soap’s whodunit storyline on Christmas Day 2006.

While Christmas day was supposed to be a happy day for Tom, as he married Rosemary Sinclair, things soon went wrong for him.

Rosemary was angry to learn that Tom had left his assets to his three sons Jimmy, Matthew and Carl for when he passed away.

He was later pushed out of a window by an unknown assailant.

Tom died from his injuries in front of most of the village, including a young Belle Dingle.

There were many suspects including his three sons and Rosemary.

It was eventually revealed that son Carl was the one who killed his father.

Back on Christmas Day in 2007, Fiz waited around for her boyfriend John to return from getting some nutmeg from the shop.

However school teacher John hadn’t gone to get nutmeg, he had gone to meet his 16-year-old pupil Rosie Webster, who he was having an affair with at the time, to give her her Christmas pressie.

But when Rosie opened the present, it was actually Fiz’s present, a pair of pyjamas.

John soon realised he had switched the presents, as they had the same wrapping paper.

Realising he was having an affair she stormed round to the Websters’ home, as she suspected John was sleeping with Rosie’s mum Sally, who he had been tutoring.

But when Rosie returned home with the pyjamas and the same wrapping paper, she dropped herself in it saying “This is from a friend, it’s not from John I swear it’s not.”

On the street Fiz confronted her boyfriend with the Websters close behind.

But Kevin wasn’t listening to John’s explanation and beat up John saying he was lucky he didn’t kill him.

Later the teacher called the police on Kevin and he was arrested for assault.

Who could forget the iconic Christmas episode where Lauren Branning exposed her dad Max’s affair with Stacey Branning.

Max had started an affair with Stacey, his son Bradley’s wife, the year before and Lauren finally found out about her father’s infidelity when he asked her to edit the wedding video for Bradley.

As Lauren had set up a secret camera in Stacey’s dressing room, she managed to catch her and Max kissing.

The truth about their affair was finally exposed on Christmas Day 2007.

Lauren burned the footage onto a DVD and left it under the tree for Bradley as revenge on her dad but changed her mind at the last minute.

Although Lauren tried to stop the DVD from being played, everyone, including Bradley and Max’s wife at the time Tanya learnt the truth.

In the video Max also told Stacey that he still loved her, much to the horror of his wife, son and daughters.

Which soap Christmas episode do you remember being full of drama? Leave us a comment on our Facebook page @EntertainmentDailyFix and let us know what you think