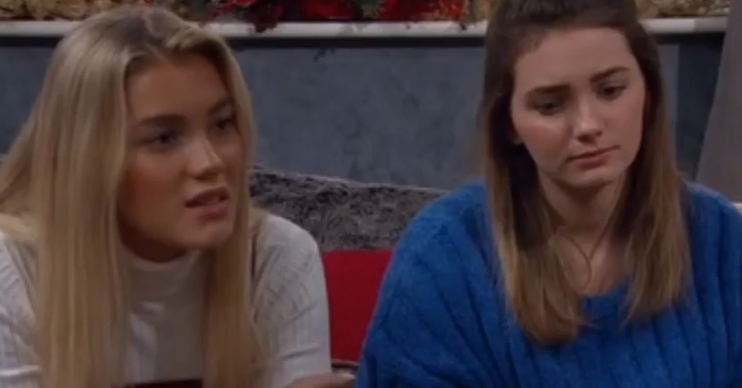 Mimi and Rosie's character were due to become stepsisters

Mimi slinger, who plays Leanna Cavanagh in Emmerdale, has shared a sweet picture with her co-star Rosie Bentham, who plays Gabby Thomas.

You both looked so pretty!

Mimi and Rosie’s characters were due to become step-sisters last year, however their parents split before they got married.

Leanna’s dad Liam was due to marry Gabby’s mum Bernice.

Liam surprised Bernice by flying her youngest daughter Dee Dee in from Australia for their wedding.

However at Bernice’s hen do, she received news that her ex-husband, Dee Dee’s dad Charlie, had been in a serious car accident and wasn’t in a good condition.

When Dee Dee called her mother selfish for past choices, it made Bernice realise she needed to support her daughter.

She made the decision to go to Australia with her daughter in order to help look after Charlie.

Although she originally intended to return to the village and eventually marry Liam, she soon had to break the news that she wasn’t returning.

Liam and Bernice eventually split after learning he had kissed Leyla Harding, who became close to working on the village pantomime.

Read More: Emmerdale fans bed for Luke and Victoria to get together as he bonds with nephew Harry

After finding out what Liam had done, both Leanna and Gabby were understandably furious.

Liam and Leyla were both thrown together when Liam’s ex-wife, paedophile and former school teacher Maya, dropped off a baby on David Metcalfe’s doorstep.

Will Leyla and Liam become an item?