Fans of Emmerdale were left in shock last week as it was revealed Vanessa Woodfield is battling bowel cancer.

But she hadn't yet told her family the news as she was being held hostage by evil Pierce Harris.

With the drama surrounding Pierce's return set to come to a head tonight (Tuesday February 25), the aftermath for Vanessa sees her face her toughest test yet.

The dust will barely have settled on her ordeal when Vanessa is forced to face the first hurdle: breaking the news to fiancée Charity Dingle. 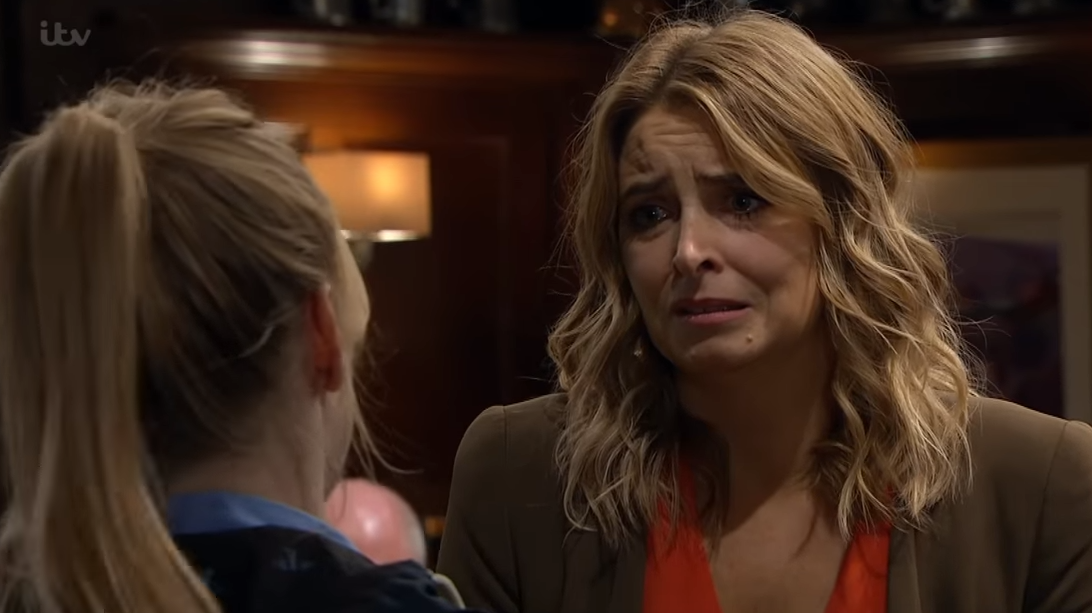 When she does finally pluck up the courage to tell Charity everything, actress Michelle Hardwick, who plays Vanessa, has revealed Charity's reaction isn't great.

Speaking to Inside Soap, Michelle explained: "Charity's reaction is everything that Vanessa fears – she just panics.

"Charity keeps her distance from Vanessa, which only makes her feel more alone than ever.

"She just wants Charity to tell her they can get through this together."

Vanessa is worried for her future (Credit: ITV)

Charity's reaction is everything that Vanessa fears.

Can they face this together? Or will it drive them further apart?

Vanessa's cancer news was revealed when Pierce was holding her hostage. Emmerdale has revealed Vanessa's storyline will play out over the coming months as she comes to terms with her diagnosis and symptoms, as well as undergoing extensive treatment.

Genevieve Edwards, Chief Executive at Bowel Cancer UK, said: "We greatly appreciated the opportunity to work with the Emmerdale team on this important storyline.

"While everyone's experience of diagnosis is different, it is vital that Vanessa's story is as accurate as possible."

"Although bowel cancer is more common in the over 50s, it can affect people of all ages. More than 2,500 people under 50, like Vanessa, are diagnosed with the disease in the UK every year.

"This storyline will help to raise awareness of bowel cancer, and we hope it encourages viewers to recognise the symptoms and visit their GP if they're concerned."

Can Charity be there for her? (Credit: ITV)

Michelle explained: "This is such a challenging storyline, but we've been working closely with Bowel Cancer UK, who have been enormously helpful to me in researching Vanessa's symptoms and treatment.

"I hope to do Vanessa's story justice. I was actually really shocked to learn that bowel cancer is the fourth most common cancer in the UK and the second biggest cancer killer, but diagnosed early is treatable."