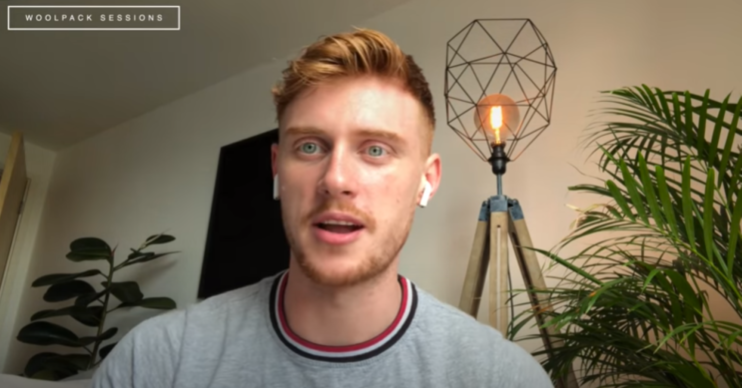 Emmerdale star Max Parker brought fans to tears with his Woolpack Sessions as he dedicated his performance to a friend.

The actor, who plays Luke Posner, went live on the soap’s YouTube channel as part of their weekly performances.

But before he began singing, he told viewers: “I chose to sing Smile by Nat King Cole because I want to make you guys smile.

“And also I want to dedicate this song to a dear friend of mine who’s going through a rough time right now, so hopefully he sees this and it makes him smile.”

The actor went on to perform the song, with a piano track provided by his co-star Bradley Johnson.

Afterwards, fans said on Twitter how his performance brought them to tears.

Such a beautiful song, sung so beautifully 😊 Brought a wee tear to my eye 😊

Although the pair are related in the soap, they never shared a scene together.

However, Max recently told The Sun that the two met on set and have struck up a good friendship.

He said: “Yeah we met on set. Kris was filming his last scene in hospital and I think I was filming a scene in the hospital canteen with Isabel [Hodgins, Victoria].

Emmerdale: What’s next for Luke?

Emmerdale has returned to filming, however it’s not been revealed what’s to come for Luke.

Last thing viewers saw Victoria ended her relationship with Luke, realising she wasn’t ready to be with anyone.

A few weeks later, she told Luke and her colleagues at the Woolpack that she’s leaving the pub to manage the restaurant at the outdoor pursuit centre.

But how will she find working for Kim Tate?