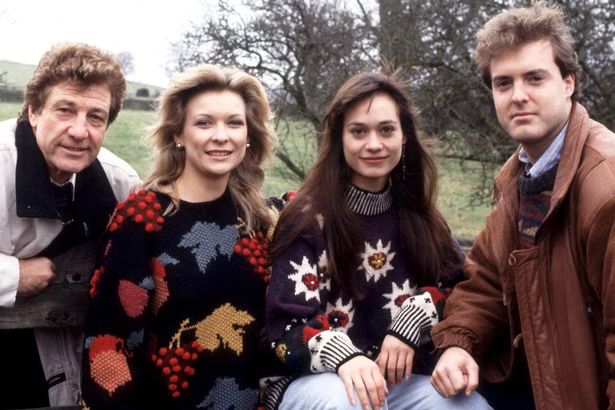 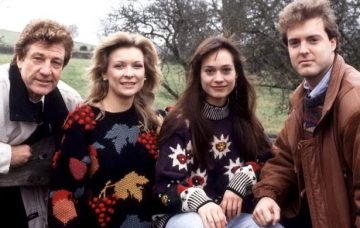 Fans have been speculating since ITV dropped intriguing new trailer...

It’s been 19 years since Kim Tate last appeared on Emmerdale – and fans have been mourning her ever since.

But the ITV soap have given viewers hope that the feisty blonde may be about to return.

Teasing an upcoming storyline, it did exactly what it intended to do – get the viewers excited about the future!

The soap revealed the new autumn trailer on their Twitter page on Monday (17 September), which might only have been about five seconds long, but left fans in a frenzy.

The trailer shows a woman with blonde hair wearing a masquerade mask, with the words: “So it begins…”

They will, presumably, be attending the masquerade ball that Joe Tate has said he would organise to raise money for fiancée Debbie’s sick daughter Sarah.

We’ve seen Graham regularly talking to someone on the phone about his boss Joe Tate, leading to the conclusion that whoever he was talking to is connected to Joe and Home Farm.

Another opined: “Got to be Kim Tate with the way Graham is going on about Joe losing it all.”

Is that Kim Tate ? #Emmerdale pic.twitter.com/5usmReLL1V

Also calling it now #SoItBegins #Emmerdale is the return of Kim Tate.

@emmerdale advert definitely thinking it's kim tate will she be the big return for SSW?? what's the masquerade get up about a ball maybe??

Another speculated: “I reckon it’s Kim Tate returning cos of Joe and Debbie’s upcoming wedding. I reckon she’ll revoke all the family money if he marries her and he’ll be a poor dingle.”

Now THAT would be a great twist!

One more added: “Don’t tell me this wouldn’t be the greatest catfight in soap history. Kim Tate vs Charity Dingle.”

Kim left in 1999. She was known for her turbulent marriage to Frank Tate and her numerous affairs and explosive cat fights.

She has recently completed work on a film entitled King Of Crime.

Other theories include the return of Zoe Tate but, in real life, actress Leah Bracknell is tragically battling lung cancer.

A spokesperson for Emmerdale said they are not currently commenting on the ongoing speculation.

Who do you think appears in the trailer? Leave us a comment on our Facebook page @EntertainmentDailyFix and let us know what you think!