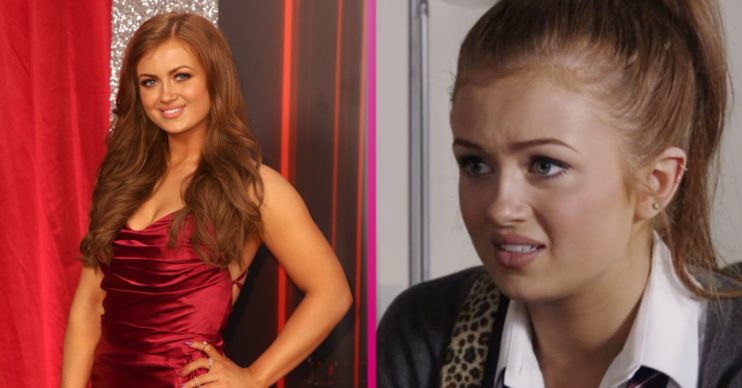 Maisie has proved she's a skilled dancer on TikTok

Maisie Smith has said she could be the “dark horse” on this year’s Strictly Come Dancing.

The EastEnders actress, who is well-known for playing Tiffany Butcher-Baker, competed in a Strictly BBC Children In Need special last year.

On Thursday’s This Morning, Maisie announced she would be doing the BBC show alongside reality star Jamie Laing.

Maisie said on the show: “I’m not going to lie, I’ve got dancing experience.

“I’ve done a bit of hip-hop and street dance throughout my time but I have no technical ability at all.”

Referring to winning the Strictly Child In Need special, Maisie added: “So yeah I feel like I was very lucky on that week. But who knows, I could be the dark horse.”

Back in July, Maisie was photographed pulling into a former waste tip to smoke a ‘strong-smelling’ cigarette.

An eyewitness claimed a strong smell seeped from the window of the car as the actress and a friend spent 40 minutes parked.

An onlooker reportedly told The Sun: “Locals know this area as a spot for people having a smoke. She had the window down and the smell was really strong. I couldn’t believe she was doing it whilst driving.”

The actress has gained 1.7 million followers on the platform. Over lockdown she has been posting dance and comedy videos with her mum Julia.

It was reported Maisie was “offered a huge sum” by a record label. This was allegedly to feature their artists’ songs over her clips posted to the site.

The newspaper claimed she had previously been offered a similar deal but was told it would breach strict clauses of her contract.