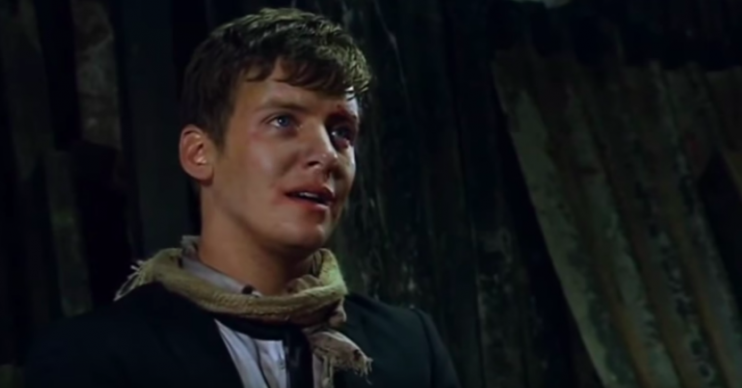 Former Emmerdale star Lyndon Ogbourne has become a father for the first time.

The former soap star, 36, revealed he has welcomed an “actual angel” with his wife Marina Hidalgo Blanco.

Lyndon, who played Nathan Wylde in the soap from 2009 to 2010, announced the fantastic news on his official Instagram page.

You’ve brought us an actual angel. Thank you, overwhelmed beyond the stars.

“Marina, I didn’t realise I could fall deeper in love with you, but I have. You’ve brought us an actual angel. Thank you, overwhelmed beyond the stars.”

We can’t even deal with how cute the newborn is!

Unsurprisingly, many of Lyndon’s followers rushed to gush over the adorable babe, as well as offer their congratulations.

One wrote: “Aww, little blondie like you. Congrats to the whole fam.”

Another said: “Huge congratulations! He is exceptionally beautiful! Well done Marina! Welcome to the parallel universe!”

A third added: “Welcome to the most amazing club. Massive congrats to you and to mum.”

The proud dad also shared a heartwarming video of him carrying the baby out of St Mary’s hospital in London.

He wrote: “The smiley bear is ready for home time.”

Emmerdale fans will know that Lyndon played villain and Cain’s arch nemesis Nathan, who joined the cast as Natasha’s son.

Nathan’s biggest storylines included his campaign of blackmail and manipulation against spurned lover Leyla Harding and her boyfriend David Metcalfe.

The character was also a suspect in the murder of his own father Mark, but the real culprit was his mum Natasha.

Lyndon’s portrayal of a spineless baddie is still remembered fondly to this day, with many fans still hoping he’ll return one day.

Sadly, this is unlikely, as the new dad now runs his own Set Design company.

Before appearing to step away from acting, the Swindon-born star appeared in TV dramas such as Doctors, Close to the Enemy and Robin Hood.

In an interview as far back as 2009, Lyndon told North Wales Live that he envied his drama class friend Billie Piper because she was a mum.

He said: “I’m the broodiest boy in the world.”

Do you remember the Wylde family in Emmerdale? Leave us a comment on our Facebook page @EntertainmentDailyFix and let us know what you think!