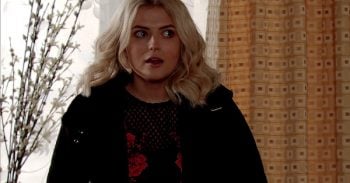 The seventh star to reveal exit plans this year

Lucy Fallon has quit Coronation Street, the soap has announced.

The announcement about Lucy’s exit follows reports this morning that co-star Katie McGlynn has quit.

Last week Tristan Gemmill announced on Twitter that he was leaving his role as Robert Sugden.