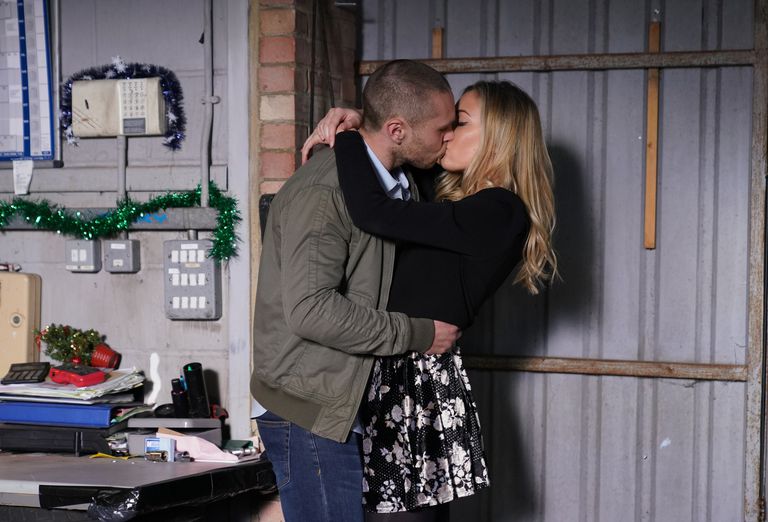 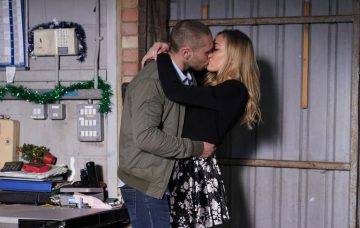 EastEnders’ Louise to get pregnant with Keanu’s child after fling?

How red will Phil's face go when he finds out?

In scenes shown last night (Thursday 27 December), Keanu and Louise Mitchell shared a passionate snog when both of them found themselves surprisingly single…

A funeral for Keanu seems likely when Phil finds out about it, but viewers predict another outcome (with possibly the same end result).

Phil’s face would go 50 Shades of Red! And Keanu’s bro Keegan wouldn’t be too happy about it either!

Over Christmas, Keegan tried to make peace with on-off girlfriend Louise by inviting her over for dinner, but she was upset to overhear him on the phone to his drug dealer.

When Louise tried to make her beau see that he was heading towards danger, he snapped at her causing her to storm out of the house and declare the relationship over for good.

Meanwhile, Keanu received a voicemail from Sharon breaking off their affair once and for all.

In the message, she told him: “You’re young, your whole life’s ahead of you. You don’t need me. And I don’t need you!”

Nursing his wounds, Keanu quickly found solace with Louise when she arrived at the Arches with one thing on her mind…

After a bit of frankly feeble resistance, Keanu gave in and kissed her passionately.

Fans were shocked, with some even predicting a baby Leanu!

Can see Louise getting pregnant or something 🤔 #EastEnders

tbh I think Louise is gonna get pregnant and not know who the dad is between Keegan & Keanu, put a 3rd one in and it’ll be Mamma Mia #Eastenders

One said: “Can see Louise getting pregnant or something.”

Another said: “Bet Louise will get pregnant and will have to try and explain to Sharon and Keegan that Keanu is the father #Eastenders.”

A third wrote: “tbh I think Louise is gonna get pregnant and not know who the dad is between Keegan & Keanu, put a 3rd one in and it’ll be Mamma Mia.”

I think Phil will break both of Keanu's legs: one for Sharon and one for Louise. The man has a death wish 😲 #eastenders

Many more fans agreed that Keanu is playing with fire… and that “Phil will break both of Keanu’s legs: one for Sharon and one for Louise”.

At the moment, though, Phil has been just a tiny bit distracted – first by helping Mick Carter get revenge on Stuart Highway, then by providing phoney passports for Alfie Moon to flee the country.

Let’s hope for Keanu’s sake, that the criminal underworld continues to keep Phil busy for a very long time to come. Nine months, in fact…?

Do you think Keanu and Louise are a good match? Leave us a comment on our Facebook page @EntertainmentDailyFix and let us know what you think!