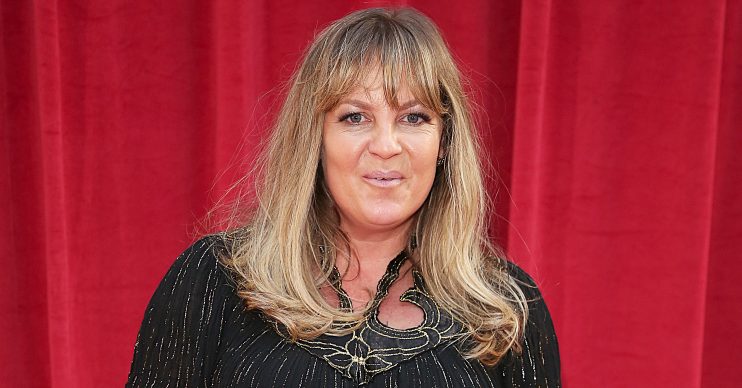 EastEnders’ Lorraine Stanley shows off new look ahead of the NTAs

The EastEnders cast are getting glammed up for the awards show

Lorraine Stanley, who plays Karen Taylor in EastEnders, has showed off her glam new look ahead of the National Television Awards.

She captioned the post: “Thank you @amydavyhair for doing my hair, I love it! On route to @officialntas to join @bbceastenders @eastenderspress.”

Lorraine, who joined the EastEnders cast as Karen in 2017, will be joining the rest of the soap’s cast at the awards ceremony tonight (Tuesday January 28 2020).

Lorraine has had three roles in the EastEnders universe.

Thank you @amydavyhair for doing my hair, I love it!

In 2004, she played young Mo Harris in EastEnders: Pat and Mo, a one-off special.

For a few episodes in 2016 she played Linzi ‘Star’ Bragg’s mother Thelma before joining the soap as permanent character Karen.

At the NTAs, EastEnders has been nominated for Best Serial Drama alongside ITV soaps Emmerdale and Coronation Street, and Channel 4’s Hollyoaks.

Danny Dyer, who plays Mick Carter in the BBC soap is up for Drama Performance.

Read More: EastEnders viewers heartbroken for Whitney as she loses hair from stress

Danny is up against Katie McGlynn from Coronation Street, Danny Miller from Emmerdale and Gregory Finnegan from Hollyoaks.

Max Bowden, who plays Ben Mitchell in EastEnders, is one of the five nominees for Best Newcomer.

He is up against Jurell Carter, who plays Nate Robinson in Emmerdale, Imran Adams, who plays Mitchell Devereux in Hollyoaks, Peter Ash, who plays Paul Foreman in Coronation Street and Jack Nolan, who plays Will Noble in Casualty.

The National Television Awards will be airing at 7.30pm on ITV tonight!

Will you be watching the NTAs tonight? Leave us a comment on our Facebook page @entertainmentdailyfix and let us know what you think of this story?