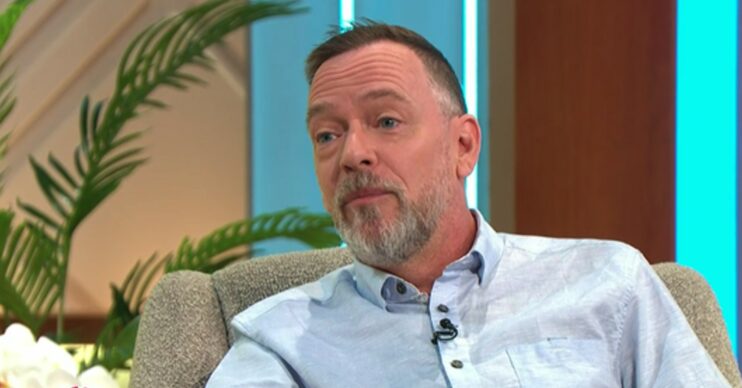 Lorraine fans were shocked when they tuned in to see Adam Woodyatt on the sofa this morning (September 14), with many admitting they “fancied” him after his weight loss transformation.

The actor is best known for playing Ian Beale on BBC soap EastEnders.

However, he’s currently taking a break from Albert Square so he can try his hand at some other acting gigs.

Adam has been gone from screens for a while, and now BBC fans are stunned at his shocking transformation.

In fact, some ITV viewers confessed that they think the actor has become quite the heart-throb!

One viewer said: “@AdamWoodyatt Flippin heck you look amazing on Lorraine! At least 10 years younger and so healthy. Well done. And good luck with the play.”

“Oh my God for a moment there I fancied Ian Beale. Adam Woodyatt looking good these days. #lorraine,” said a second.

Oh my God for a moment there I fancied Ian Beale. Adam Woodyatt looking good these days. #lorraine

Adam has been hard at work on transforming himself over the last few years.

His weight loss journey began when he trained for the London Marathon, having first competed in the race in 2017.

When is Adam coming back to EastEnders?

Meanwhile, there’s still no official word about when Adam will be returning to EastEnders.

The father-of-two was last seen on-screen when his character walked away from Square share Sharon tried to kill him.

While the BBC is keeping quiet, rumour has it Adam could be back sooner rather than later.

A source told the Daily Star recently: “The execs at the Beeb can’t get Adam back quick enough.

“The show has suffered without him and the viewers have noticed and are switching off. Adam seems to be having the time of his life touring the country appearing on stage.”

Adam also appeared to hint during his Lorraine interview that he will likely be back in 2022.

One excited fan tweeted: “Hello Ian! See you next year then…”

Are you excited to have Ian Beale back? Leave us a comment on our Facebook page @EntertainmentDailyFix and let us know what you think of this story.