Beverley Callard says Liz McDonald will not be killed off when she departs Coronation Street next summer.

The soap stalwart announced today (Monday November 18) that she is leaving the programme after 30 years, but the Thunder Girls star has been assured by show bosses that Liz will not meet her maker, despite her initial concerns.

Beverley was worried she'd be killed off (Credit: ITV)

She told Loose Women: "I've been in it 30 years but Coronation Street is 60 next year, and I thought, 'They're going to kill me.'

"But they've said, and I don't know what it is yet, she will go with a bang.

"I'm there until probably the summer, and then I'm going." 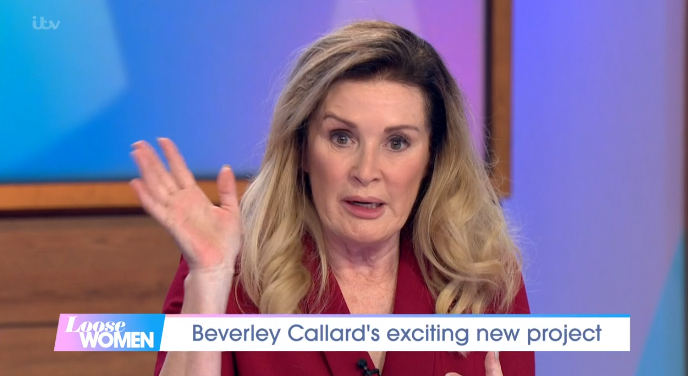 Going out with a bang (Credit: ITV)

Bev also admitted some of her co-stars will have only found out she has quit today, but she did let the likes of Simon Gregson (Steve McDonald) and Kate Ford (Tracy Barlow) know last night (Sunday November 17).

She added: "I told some of them last night, like Simon and Kate Ford. They knew.

"They're really sad, but we'll still see each other.

"Me and Jon, my husband, and Simon and Emma, his wife, we do get drunk quite often." 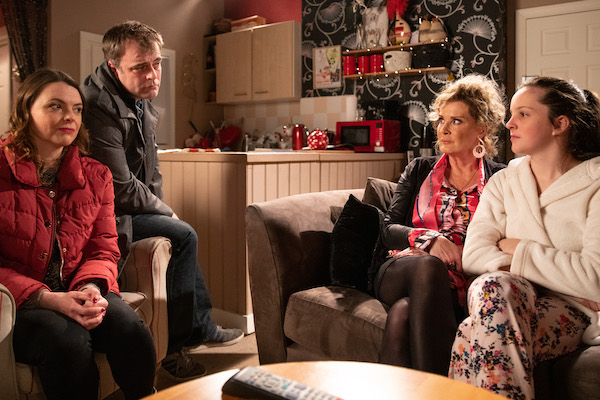 The Liz McDonald actress had already told her on-screen family before the news was made public (Credit: ITV)

The 62-year-old star insists she will "never retire" from performing, but she admitted losing her good pal and co-star Anne Kirkbride - who died in January 2015 aged 60 - made her feel that life can be "too short".

Speaking to Ruth Langsford, Coleen Nolan, Saira Khan and Gloria Huniford, Bev added: "It does make you realise that life can be too short.

"We were great friends on-screen and off-screen as well."

Beverley is departing the show to try her hand at other roles, and she is also going on tour with Melanie Blake's play The Thunder Girls.