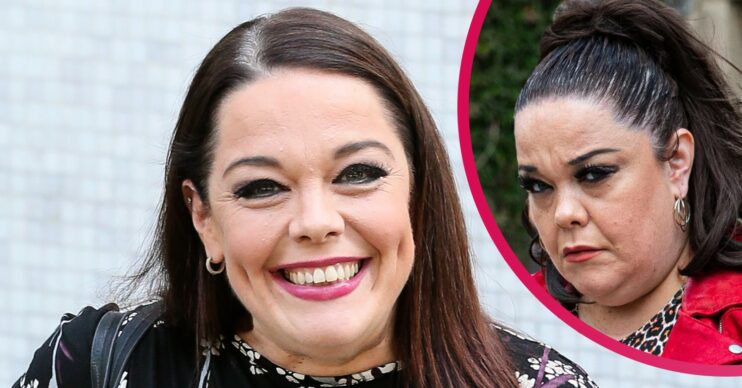 The Mandy Dingle has thrilled fans with her return date

Lisa Riley has been absent as Mandy Dingle in Emmerdale on our screens for a number of weeks.

The actress also admitted she is filming a new project.

So will Lisa be back in the Dales? And when?

In her most recent Instagram post stunning Lisa looked a far cry from Mandy Dingle, with luscious straight locks, minimal make-up and glasses.

She captioned the snap: “Just finished filming a lovely day in studio at Emmerdale now on my way in the car, down south to film something else, for the day…..should be a REALLY good giggle, I’m looking forward for it.”

And fans were thrilled to hear she had been back filming in the village.

“When are you back on Emmerdale you’ve not been in it for a while,” one begged to know.

Fans were delighted by news of her return.

“Can’t wait to see Mandy back in Emmerdale,” shared one.

Another added: “Miss Mandy in Emmerdale.”

“Miss you in Emmerdale, it’s not the same,” a third agreed.

What else is Lisa Riley filming?

Lisa did not confirm what her other secret project might be.

But she did share the hashtag ITV, suggesting she is filming another of their popular shows.

Where is Mandy in Emmerdale?

Mandy hasn’t been on screens for a while.

The last time we saw her on-screen was at the end of March when she reflected on the anniversary of what would have been her wedding day to Paul Ashford.

Paul was killed in an explosion on their big day, but Mandy’s grief quickly became anger when she discovered Paul had been beating his son Vinny.

Mandy’s last big storyline saw her upset over Liv and Vinny getting married in secret.

She eventually forgave them when they made her guest of honour at their wedding celebrations.

No storyline details for Mandy’s comeback have been given, but with cousin Chas starting an affair with Al Chapman, perhaps this paves the way for a Mandy and Paddy reunion?