Fans of EastEnders have been left questioning why Linda Carter was looking for booze below deck at the boat party.

This week, the popular BBC soap is marking 35 years and residents of Albert Square are setting sail on a boat to celebrate The Queen Vic winning Best Pub in London.

In last night's episode (Monday January 17 2020) disaster struck when the boat crashed on the River Thames and began to take on water.

But shortly before the boat crashed, Linda was on the lower deck of the boat in the kitchen, trying to reach a bottle of alcohol on one of the shelves. 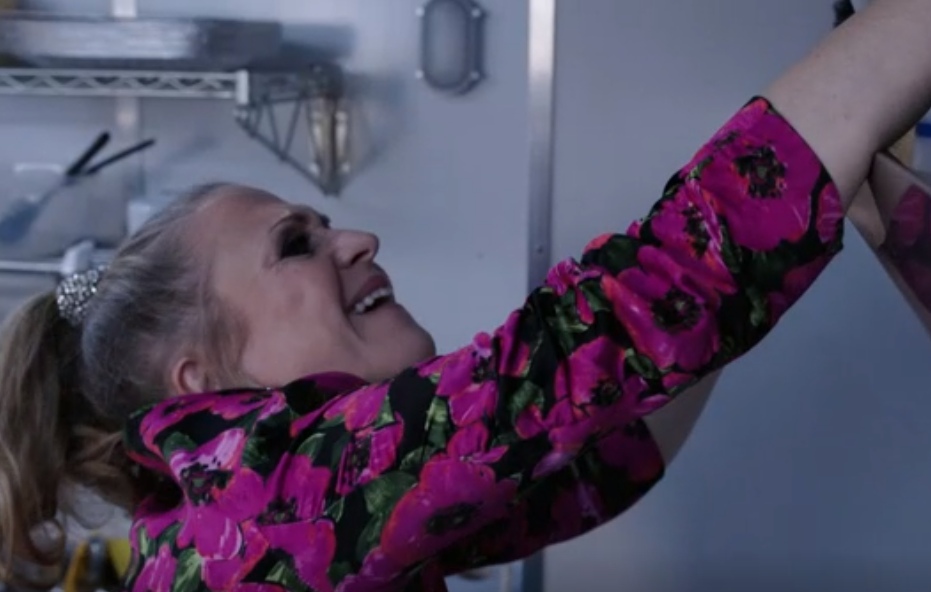 Linda reached for a bottle of alcohol (Credit: BBC iPlayer)

After the crash, Linda fell backwards and got her foot trapped.

But viewers were left wondering why Linda was looking for booze on the lower deck when there was alcohol at the party.

Why was Linda climbing up to get the bottle in the first place. Its a boat party with a bar theres booze everywhere? #EastEnders 😂

Why did Linda wander away from the free bar only to try and reach a wine bottle of the shelf? 🤷🏻‍♂️#Eastenders

Brilliant episode of #EastEnders. Though why Linda was climbing for a bottle of wine when she had access to a free bar, I do not know...

Why was Linda clambering on crates in the kitchen to get a manky old bottle of wine off the highest shelf ever, when there was a free bar upstairs 🤔🙄#EastEnders

Why was Linda even tryna climb on top of the counters to reach a bottle? Was she aware there is a bar? #EastEnders

Why is Linda after a bottle of cooking sherry when boats full of booze..wth
#Eastenders

Why is Linda stretching for that bottle of Wine? Just go to the bar #EastEnders

#EastEnders why is Linda climbing for a bottle when there's a free bar? 🙄🙄

Lordt. Linda done knocked herself out on the boat trying to get a bottle of wine from the kitchen. #EastEnders #EastEnders35

Others were confused as to how Linda wasn't able to free her foot.

Linda just needed to slide her foot along to the very obvious, wide enough gap between the leg of the counter and the fridge that's underneath it. #EastEnders

I feel like Linda's foot could be easily pulled free.. #Eastenders

Despite their argument, Mick came looking for his wife and found her in the kitchen.

He soon realised she was trapped and desperately tried to free her as water began to fill the lower deck.

Although Linda tried to get Mick to leave her, he refused to go.

Will they both make it out alive?

Earlier in the episode, Linda and Mick's mum Shirley ended up getting into a violent scrap in the pub but later, Shirley made her daughter-in-law realise that she still loved Mick.

Linda then left her husband a voicemail telling him she still loved him and didn't want a divorce.

Why is Linda stretching for that bottle of wine?

But her mood soon changed once again when she spotted Mick with Whitney, who he cheated on Linda with once before.

Assuming they were secretly seeing each other, she made the coach leave without them and later on the boat, she announced to everyone that Mick and Whitney were having an affair. 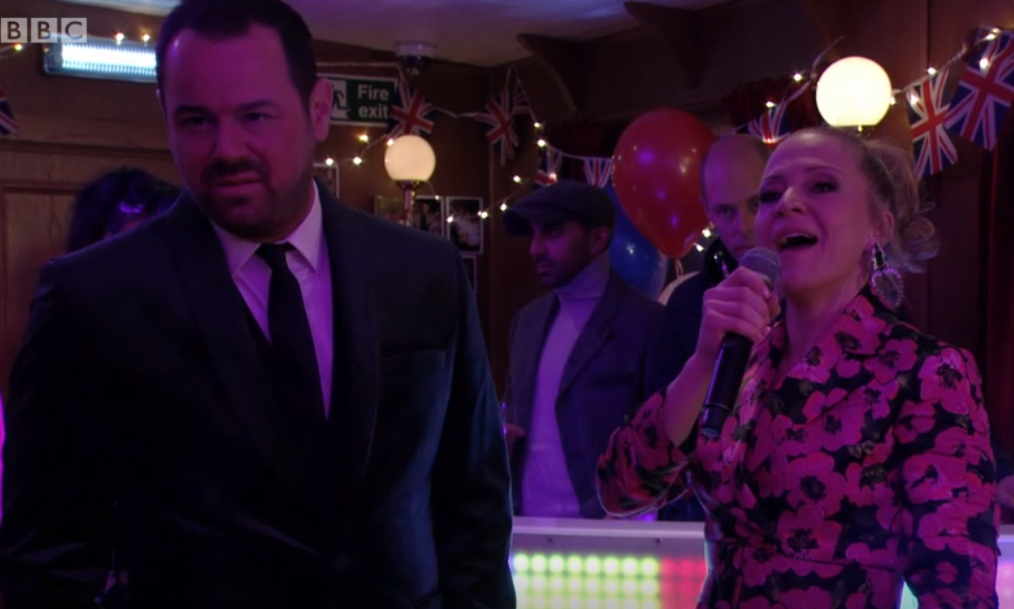 Linda accused Mick and Whitney of having an affair (Credit: BBC iPlayer)

Little did she know, Mick was helping Whitney cover up the fact she had killed her stalker Leo in self defence.

Mick told Linda the reason they were splitting was because she was an unfit mother and branded her "an embarrassment" to the family.

If they make it out of the boat accident alive, will they be able to repair their relationship?