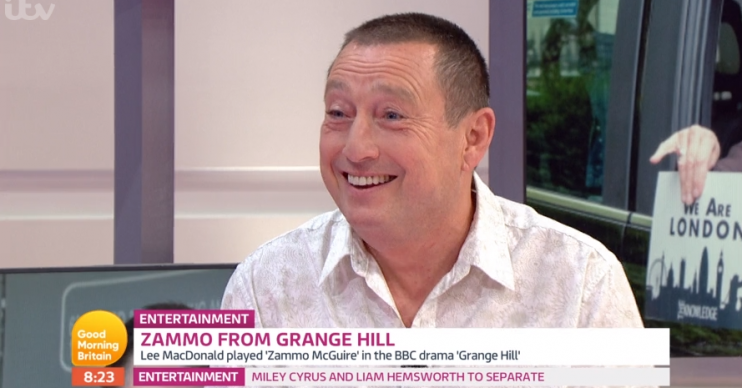 Lee MacDonald knew his EastEnders stint was meant to be

Lee MacDonald knew his EastEnders stint was meant to be when he auditioned for the role in a room he had been in 34 years earlier for Grange Hill.

The 51-year-old actor is best known for starring as Zammo McGuire in the BBC school drama from 1982 to 1987, and he felt confident he would land the part of bus driver Terry due to the act of fate.

He said: “When I went for the audition for EastEnders the reading was in the same room I was in in 1985, so it was like being back.”

Lee’s alter-ego Terry was initially involved in a confrontation with Danny Dyer’s character Mick Carter, and the star loved appearing opposite the Football Factory actor, praising him as a “lovely guy”.

Speaking on Good Morning Britain, he added: “My dream job is EastEnders, it’s the job I’ve always wanted. And I love Danny, he’s such a lovely guy.”

Lee previously admitted Danny feared he might take an accidental whack from the former Birds of a Feather actor when the pair were acting out their characters’ bust up.

He said: “It’s funny because when we did that scene, Danny said afterwards that he thought I was going to hit him.

“For Danny to say something like that is pretty cool! It’s because I was so serious.

“Not that I would ever punch him. Have you seen the size of him? He’s massive! I’m only tiny.

“I actually met my partner Jess on a dating site and lied about my height.