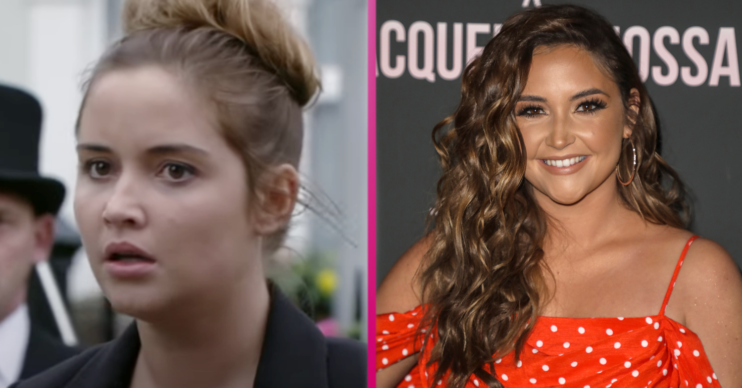 Lauren Branning in EastEnders: Where is she and is she coming back?

Lauren Branning was in EastEnders from 2006 until 2018. But where is she and is she ever coming back?

In tonight’s episode of the BBC soap (Monday, March 15) Kathy told Peter off for not giving Lauren and Louie much of his time now he has a girlfriend.

But who is Lauren to Peter and what is their history?

Lauren Branning in EastEnders: Who is she?

Lauren is the daughter of Max and Tanya Branning.

She is the half-sister of Bradley Branning, who died in 2010.

She is also the mother of her son Louie and the aunt of Abi’s daughter Abi Branning Jr.

The character has been played by two different actresses. Lauren was first played by Madeline Duggan from 2006 until 2010.

In 2010 Lauren left to go to America and when she returned a few months later, Jacqueline Jossa had taken over the role.

Lauren Branning in EastEnders: What is her history with Peter?

Lauren and Peter met shortly after she moved to Walford in 2006. They became romantically involved but Max didn’t approve of their relationship.

They were on and off throughout their teenage years but in 2010 Peter moved to Devon to live with his twin Lucy and their maternal grandmother Bev Williams.

In 2013 Peter returned and he and Lauren reunited. Their relationship continued to be on and off over the years.

In 2014, Peter and Lauren were both devastated when Lucy was found dead. It was later revealed Peter and Lucy’s young brother Bobby killed her.

In 2015, Lauren discovered she was pregnant with Peter’s baby and the pair of them moved to New Zealand together.

But Lauren soon came back as Max was on trial for the murder of Lucy. In  September 2015 she gave birth to a son, who she called Louie.

She returned to New Zealand again but when Lauren returned to Walford in 2016 with Louie, she was now dating Peter’s brother Steven.

Why did she leave? – Abi’s death

Abi and Steven began an affair and when she learnt he was lying about having a brain tumour so Lauren couldn’t leave him, Abi gave him medication which would make him appear ill.

Soon Abi fell pregnant with Steven’s baby. But he ended up dying after being injured by Max in the fire at Ian’s restaurant.

Eventually Lauren found out that Steven and Abi were having an affair and although she was disgusted at first, she soon became supportive of Abi and her pregnancy.

In 2018, Tanya returned to Walford to take Abi and Lauren away revealing that Max was responsible for Steven’s injuries and that he tried to kill Jane.

The two girls were furious with their dad. But when he went to the roof of The Queen Vic, planning to jump off, Abi and Lauren tried to stop him.

Lauren ended up slipping and Abi grabbed her to try and save her. But she ended up falling too.

Lauren sustained injuries to her leg but Abi was later declared brain stem dead. Shortly after her baby was delivered, her family made the decision to turn off Abi’s life support machine.

After Abi’s funeral, Lauren left Walford and eventually went back to New Zealand where she reconciled with Peter.

Is she coming back?

Whilst is hasn’t been revealed if Lauren is ever coming back, actress Jacqueline has hinted she could return one day and has made it clear she loved her time on the show.

During an Instagram Q&A in July last year, Jacqueline asked her followers what they would like to see her do next.

When one said they’d like to see her back in EastEnders, Jacqueline replied: “Maybe one day! I LOVED my time on the show.”

Would you like to see Lauren come back to EastEnders? Leave us a comment on our Facebook page @EntertainmentDailyFix and let us know what you think of this story.