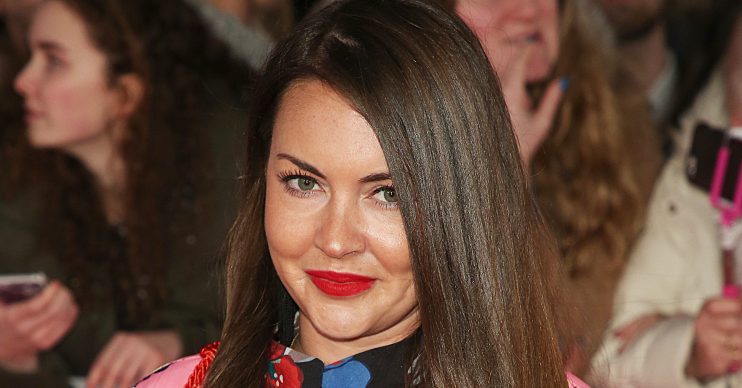 Lacey Turner, who is known for playing Stacey Fowler in EastEnders, has shared an adorable snap of her baby daughter, Dusty, and their brand new puppy, Ned, melting fans’ hearts.

But two weeks ago she revealed Ned had joined the family.

The cute snap of Dusty and Ned has sent the internet into overdrive, with the photo of the two being dubbed ‘adorable’ by fans.

Lacey captioned the snap: “My little people,” followed by a love heart emoji.

The picture shows Dusty and Ned looking up at the camera, surrounded by Dusty’s toys.

The photo was quickly flooded with compliments from fans, with many commenting that Dusty is the spitting image of Lacey.

One fan said: “She is your little double”.

While another quipped: “Beautiful photo”.

Ten-week-old Ned has become a huge hit on Instagram, and Lacey has even created him his own account.

While described as a ‘little fluff ball’, Ned has big paws to fill, as Lacey had previously described Dexter as the “most loyal and kindest dog”, going on to say that he was the “best fur brother” to Dusty.

Lacey, who had two miscarriages before falling pregnant with Dusty, has previously revealed that she struggled to get excited about Dusty, as she was certain she would miscarry again.

Being a mother is by far the hardest job I have ever done in my life, but it’s also the best thing in the world.

She told The Sun last month: “I found pregnancy quite difficult as I couldn’t allow myself to be excited because of previous experiences, so it seemed very long.”

Since Dusty was born, Lacey has said how hard motherhood is but that it’s also been an incredible experience.

She said: “Being a mother is by far the hardest job I have ever done in my life, but it’s also the best thing in the world.”

The actress has also said that while she has been enjoying her maternity leave, she is eager to return to her role as Stacey, but will miss spending time with her daughter.

Lacey shares Dusty and Ned with childhood sweetheart, Matt Kay, who she married in an intimate ceremony in Ibiza in 2017.