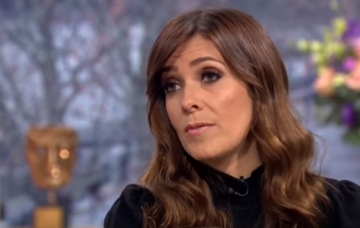 The Coronation Street actress has opened up about her ordeal

Kym Marsh was terrified to leave her home when she was targeted by a stalker.

The Coronation Street star was stalked by an obsessed fan nine years ago and admitted that recently hearing about Kylie Minogue’s stalker has brought the bad memories back.

She told The Sun: “I did see the story about what happened to Kylie and I think we are all still very, very much sitting ducks – and yes it is a scary thought.

“At the time when all of that was going on for me I didn’t want to go anywhere by myself. I was really freaked out. It does make you look over your shoulder and none of us should have to live in fear.”

She went on to say she thinks we need to get across the message that it’s not okay for people to worry when going about their daily business.

“This is something that happens to people that are in the public eye on a daily basis,” she continued.

“In my case people were even pretending to be me online and you just think ‘Oh God’ you know, but without realising actually that could be really potentially quite scary down the line.”

And Kym, 42, revealed that her family have also been targeted by people obsessed with her.

She said her eldest daughter, Emilie, had been impersonated on dating websites, claiming she was bisexual and wanted to meet girls.

The actress added that there’s nothing you can do to stop stalkers there’s “no law against it.”

Kym is set to present a new three-part TV programme Stalked: Murder in Slow Motion, which tells the stories of three young stalking victims who were murdered by men close to them.

Do you think we should have tougher laws on stalkers? Leave us a comment on our Facebook page @EntertainmentDailyFix and let us know what you think.