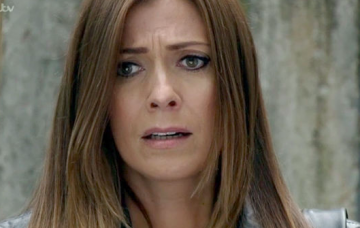 A thrilling plot involving the grisly demise of a character is on its way...

Coronation Street fans are set to lose a much-loved resident in the coming months, in what is expected to be one of the ITV soap’s most explosive storylines of recent years – and that’s saying something.

Bosses have already teased that a new Corrie super-villain will soon be spreading terror on the cobbles, killing one character…

But is Michelle Connor involved?

Read more: Corrie fans heartbroken for Audrey after robbery – but is her grandson to blame?

We’ve been told that the new baddie is very familiar to viewers and will be “corrupted”, turn evil and transform into a “complicated villainous presence”.

Bosses are remaining tight-lipped about the identity of the new villain and the victim, but they have revealed it links back to cold-blooded killer Pat Phelan.

Read more: Did Corrie’s Lewis Archer fake his own death? Fans believe so!

Could Kym Marsh’s character Michelle be involved in the scenes, which are due to air in March?

In a recent interview with OK! Magazine, Kym teased who will be killed off, and whether in fact her character will be staying in Weatherfield or could even be the victim…

She said: “Career-wise I’d like to stay at Corrie. There’s lots of drama in the new year, including a collapse in the underwear factory and there are reports that a much-loved character dies.”

Despite apparently reassuring fans it won’t be Michelle who is killed off, Kym remained tight-lipped on who the tragic character could be, though she did reveal who she doesn’t want to see go.

She said: “I’d hate it to be either of my work besties, Alison King and Antony Cotton [who play Carla Connor and Sean Tully].”

“At first it will appear to be an accident, but then it’ll be revealed to have been some kind of criminal enterprise that has cause the roof to fall in.”

He went on to say: “Corrie can have baddies who come in, burn bright and then are gone, but also a more long-range type, like Mike Baldwin, who is ruthless and self-serving and rides roughshod over everybody.

“We’re designing a character who is more of that latter type, who can stay in the show for ever as an antagonist just messing up everyone’s lives. We’re going with this character on this journey.

Fans are already speculating on the identity of the character who turns to the dark side, with Nick Tilsley currently coming out on top…

Who do you think will become the new arch-villain? Leave us a comment on our Facebook page @EntertainmentDailyFix and let us know what you think!