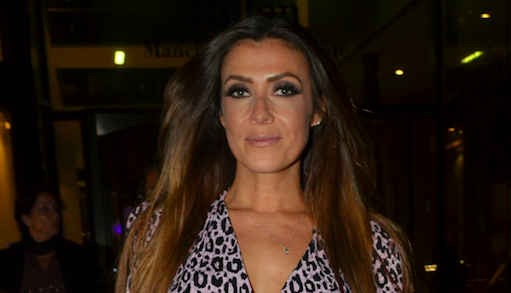 Kym is leaving Corrie after 13 years on the soap

Kym Marsh, who plays Coronation Street’s Michelle Connor has shared an adorable new picture with her on screen sons.

The actors play Kym’s sons on Corrie, Ryan as Ryan Connor and James as Ali Neeson.

She poignantly captioned the picture with: “I’m gonna miss these boys” and used the hashtag “my sons.”

Kym is set to leave Coronation Street later this year after an incredible 13 years.

Many of Kym’s fans commented on the sweet picture.

Please do not tell me that you filmed your last scene?”

A third wrote, “Please do not tell me that you filmed your last scene. You have taught me so much about professionalism and strong women.”

And a fourth commented, “What a great picture, I know you will miss working with them.”

Kym, who first rose to fame as part of the Popstars band Hear’Say, first appeared on Corrie back in 2006.

She made the shocking announcement that she is leaving the soap in February and told The Sun:

“It’s been an incredibly difficult decision but it feels like the right time.

“When I was lucky enough to be offered four episodes I could never in my wildest dreams have thought I’d be here 13 years later. It’s been an incredibly difficult decision but it feels like the right time for me to explore some other roles.”

Kym is set to leave the soap by the end of the year, but her exact leave date and exit storyline remain unknown.

There were initially rumours that she would be joining this year’s I’m a Celebrity…Get Me Out of Here! line-up, but this seems unlikely as she’s already announced two upcoming projects.

Kym will be starring on the stage show Elf: A Christmas Spectacular and co-hosting a BBC factual series called For Love or Money that aims to investigate online dating scammers.