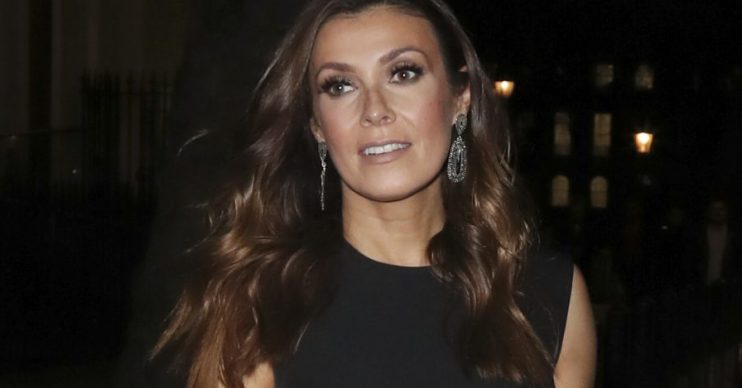 Emilie has a son called Teddy

Kym Marsh’s fans have mistaken her daughter Emilie for the actress after Kym posted a picture of Emilie and her grandson Teddy.

I just miss you both so much 😢❤️ @emilieecunliffe.x and my teddy bear ❤️

She captioned the post: “I just miss you both so much @emilieecunliffe.x and my teddy bear.”

Fans were quick to point out how much Emilie and Kym look alike and even mistook Emilie for her mum.

One wrote: “Wow, I thought this was you! What a beautiful photo, both gorgeous.”

A second commented: “Such a beautiful picture. Emilie is looking more and more like you. Can’t believe how grown up Teddy is getting and that he is going to be one next month xx.”

Who are Kym Marsh’s children?

Emilie is Kym’s oldest daughter. Kym has son David and Emilie from a relationship with Dave Cunliffe.

Before Polly was born, Kym gave birth to her and Jamie’s son, Archie, 18 weeks prematurely. Sadly Archie died moments after his birth.

Recently Kym and Polly did an interview on Good Morning Britain with Lorraine Kelly.

Polly left her mum and Lorraine in fits of laughter after she stated that her mum ‘isn’t the smartest person’.

However the nine-year-old also praised her mum for making her birthday special during isolation.

During the interview, Kym explained how Emilie and Teddy had recently moved out of the family home, meaning they were apart during the coronavirus isolation.

Kym and Polly both expressed how they are missing Emilie and Teddy.

Kym said: “We’re going to miss his first birthday by the looks of things as well. Emilie moved out in February, so it’s really new anyway them not living here. So now not being able to visit or see them is really difficult.

“But it’s great because she’s sending us all photos and videos all the time and she’s Facetiming us, so we get to see him.”

Are your children and grandchildren with you during lockdown?