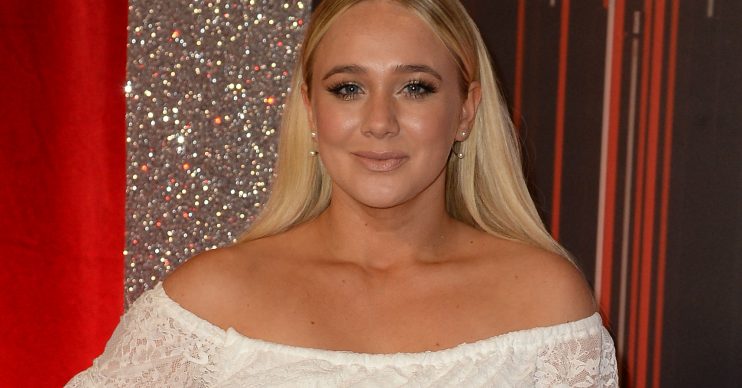 Penny-Leigh remains the 'biggest part' of her life

Actress Kirsty-Leigh Porter, who plays Leela Lomax in Hollyoaks, has posted a heartbreaking tribute to her baby on what would have been the little one’s first birthday.

Taking to Instagram in the early hours of Sunday (22.12.19) morning, Kirsty-Leigh posted two pics from last year and told her followers that although her daughter was only here for a short time, she remains the “biggest part” of her life.

Read more: Kirsty-Leigh Porter reveals “struggle” on what would have been her still-born daughter’s due date

One of the pictures is from a scan, while the other shows a card printed with two tiny footprints and other items from the day Penny-Leigh was born.

Kirsty-Leigh captioned the post, alongside a broken-heart emoji: “One years old you are today.

“30 years I’ve been on this earth and you were here for the tiniest bit of it but will remain the biggest part for the rest of it.”

Her followers rushed to offer messages of support in the comments.

30 years I’ve been on this earth and you were here for the tiniest bit of it.

One said: “Happy 1st Heavenly Birthday, beautiful – one of many special occasions you will be missed by your mommy and family, sending hugs to you all.”

Another wrote: “I’m so so sorry for your loss.”

A third put: “Sending you the biggest hugs and kisses.”

Kirsty-Leigh revealed the death of her baby in January, when she shared an emotional message and explained that she was reaching out to give strength to others.

But the star said her heart will “never be whole again”.

“My heart physically aches, it is in a million pieces and whilst they try to find their way back together it’s no use as my heart will never be whole again, because when you left, a big piece of it left with you and will always be with you wherever you are. Nothing makes sense anymore because I can’t hold you in my arms.”

She later thanked Hollyoaks fans for their “love and support”, following her return to the soap.