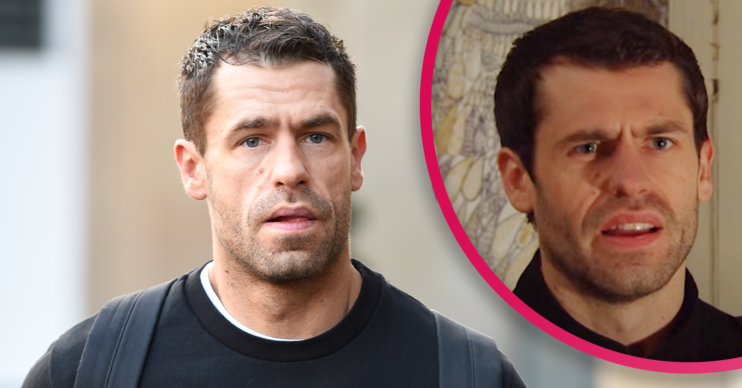 Kelvin Fletcher ‘gets goosebumps’ as he returns to Emmerdale set

He revealed he was back at the ITV studios in Leeds

Kelvin Fletcher revealed he had ‘goosebumps’ as he returned to the set of Emmerdale today (Wednesday, July 22).

The actor, who played Andy Sugden on the soap for 20 years, posted a video to his Instagram story.

In the video, he walked outside the ITV studio in Leeds tagging both ITV and Emmerdale.

As he filmed himself walking by he said: “Look where I am! It’s been years, it’s been years since I was here.”

Read More: Emmerdale SPOILERS: Sarah heads down a dangerous path as she steals?

However he sadly revealed he would not be returning to the ITV soap.

He continued: “Before you all get excited, sadly it’s not a return to Emmerdale. I’m just here doing some filming for ITV but either way I have got goosebumps.”

The actor has previously ruled out going back to the soap, stating he would like to try other shows. However, Andy was never killed off, therefore the door is open for a comeback.

Look where I am!

Although Andy has been gone for four years, fans of Classic Emmerdale were shocked last month as Andy’s first episode aired, showing an ‘adorable’ Kelvin Fletcher when he was a little boy.

Emmerdale: What happened to Andy Sugden?

During his two decades in the village, Andy had a turbulent love life. However he ended up having two children, Sarah and Jack, with Debbie Dingle.

But Andy fled the village in 2016 when Chrissie White tried to set him up for shooting her father Lawrence.

Andy’s brother and Chrissie’s ex-husband, Robert, helped his brother escape by providing him with a passport, putting their lifelong feud behind them.

After leaving Emmerdale, Kelvin competed in the 2019 series of Strictly Come Dancing. He was a last minute contestant, taking the place of Made in Chelsea’s Jamie Laing, who injured himself.

Kelvin and Oti went on to win the series.

Do you want to see Andy return to Emmerdale? Leave us a comment on our Facebook page @EntertainmentDailyFix and let us know what you think of this story.