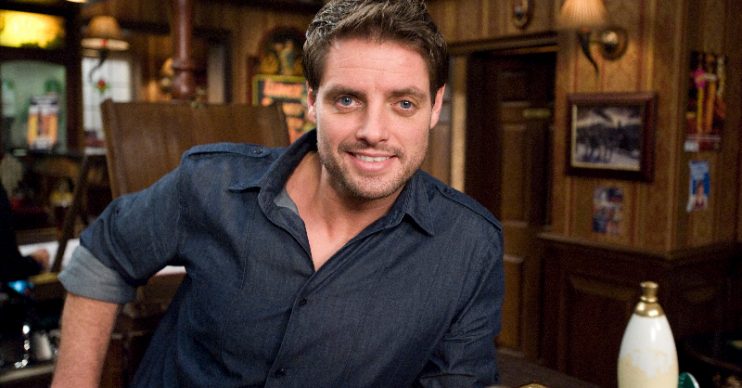 Is Ciaran coming back?

Singer Keith Duffy has hinted at a potential return to Coronation Street.

The Boyzone star has said the door is definitely still open for his character, Ciaran McCarthy, to make a comeback to the cobbles.

The 45-year-old singer and actor played barman Ciaran for two separate stints until his exit in 2011, and a possible Weatherfield return has been raised over the years but the timing wasn’t right.

He’s quoted by the Daily Star newspaper’s Hot TV column as saying: “Since I left I’ve been approached on a couple of occasions about the possibility of going back but it never suited my timescale.”

“I love Manchester but my home is in Ireland.”

However, he admitted he will always treasure his time on the ITV soap because it gave him direction after Boyzone split up in 1999 and taught him a lot about acting.

He told BANG Showbiz at the time: “I’d never say no [to going back], I loved Corrie, it came at a very important part of my life.

“Ronan [Keating] and Stephen [Gately] predominantly did the lead vocals in Boyzone so when we broke up, a solo career for me wasn’t really on the cards – I’m a great singer like but I didn’t have the profile Ronan had.

“Corrie picked me up when I was a little bit lost and it gave me direction and an education. I was there for 10 years, I did a lot of theatre, and I love to do that.”

On the other hand, fans would love for Keith to make a comeback on the cobbles.

Last year Keith and his Boyzone bandmates announced they were splitting for good after 25 years in the business.

They performed one final televised song on Loose Women before going their separate ways.

Do you want Keith back on Corrie? Leave us a comment on our Facebook page @EntertainmentDailyFix and let us know what you think!