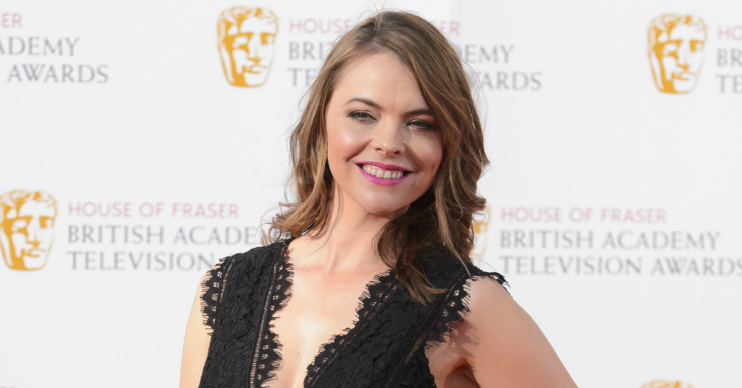 Coronation Street star opens up about her own experience of harassment

Kate Ford has opened up on Twitter about her own experience of sexual harassment during her career.

The Coronation Street star revealed she was once instructed to “ditch the robe” as she reflected on audition processes.

The actress made the comments in light of the numerous allegations made against Viewpoint actor Noel Clarke.

He has denied all allegations.

What did Kate Ford say?

Kate tweeted her thoughts earlier today (May 1) in response to a tweet by ex co-star Charlie Condou.

He wrote: “I don’t know about naked auditions but I’ve lost count of the times I’ve been told to strip down to my underwear for a commercial casting, whilst in a room full of (dressed) people.”

Kate noted how she had previously endured a similar experience, horrifying her followers.

She tweeted: “Me too! Someone once told me to ‘ditch the robe’.”

How did Kate Ford fans react?

One fan expressed disbelief that any such practice could occur in the wake of the #MeToo movement and conviction of Harvey Weinstein.

Someone once told me to ‘ditch the robe’.

Kate replied by indicating her experience was, however, not a recent one.

She wrote: “This was a long time ago but still.”

‘Why should we have to cope with it?’

Kate also shut down one person who suggested “sleazebags exist in most professions”.

That user also indicated “most women” just “get on” with matters.

“Problem then solved,” they claimed.

Kate, however, did not accept that suggestion as a solution to sexual harassment.

She replied: “Why should we have to cope with it? That’s a bizarre way of looking at it. It needs to not be a thing.”

What are the claims against Noel Clarke?

Last night’s series finale of Viewpoint on ITV was cancelled following the allegations made against actor and director Clarke.

20 women have reportedly come forward with allegations of verbal abuse, bullying and groping.

He has subsequently said he’s “deeply sorry” and will be seeking “professional help”.

BAFTA have rescinded both his membership and outstanding contribution to cinema award he was given last month.