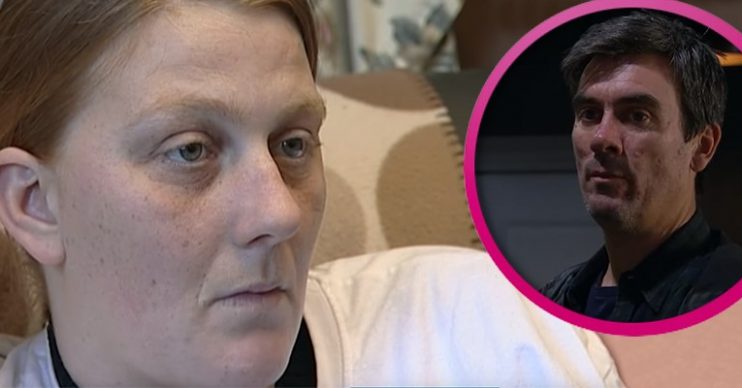 It was reported last month that Karen had got engaged

It was been reported that Karen Matthews, who faked her own daughter’s kidnapping, has fallen out with paedophile fiancé Paul Saunders over her obsession with Cain Dingle from Emmerdale.

As reported in The Mirror a source said: “Karen is a massive Emmerdale fan. If it’s on, no one is allowed to speak.

“Her and Paul are constantly bickering over her obsession with Cain.

“He hates it because he’s a long way from looking like Cain.”

Last month it was reported that Karen was engaged to Paul, who was jailed in 2010 after admitting to engaging in sexual activity with a child, making indecent images of a child and two counts of sexual assault, The Sun reports.

The publication claims that Saunders was only caught after he was jailed for eight weeks for benefit fraud in May 2009.

He was placed on the sex offenders’ register for life and his victim, who is now an adult, said after he was jailed: “He makes me sick. He should die. I hate him.”

According to The Sun, Matthews met Saunders when he did an odd job at her home.

It’s been said that she told him about her criminal past and he “seems unconcerned”.

Her and Paul are constantly bickering over her obsession with Cain.

In 2008, Karen plotted the abduction of her nine-year-old daughter Shannon.

Shannon was drugged and hidden under a bed in Dewsbury, West Yorkshire.

Matthews and her then-boyfriend Craig Meehan’s uncle, Michael Donovan, carried out the kidnap and planned to share the prize money after gaining publicity.

Shannon was found by police after 24 days and Karen was eventually jailed where she served four years of her eight-year sentence.

She was released in 2012 with a new identity.

Last year it was reported she left her job as a carer because she ‘got to close to OAP’s husband’.