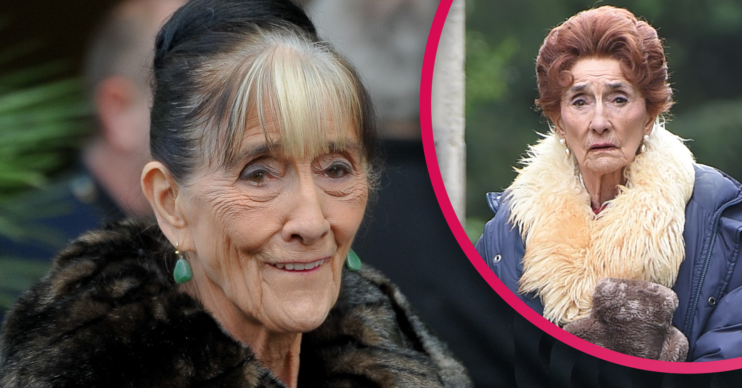 The star died this weekend aged 95

EastEnders star June Brown made a tragic prediction about her death as she turned 90.

“A very bright light has gone out at EastEnders today – we shall all be raising a sweet sherry in June’s memory.

“Rest in peace, our dearest June. You will never be forgotten,” the statement read.

June died on Sunday night at her Surrey home.

June was surrounded by her family as she passed away.

No cause of death has yet been revealed.

It is said, however, that she “died peacefully in her sleep”.

June, who played Dot Cotton in the soap, did make a tragic prediction about her death though as she turned 90 in 2017.

She made the comments during an episode of Desert Island Discs, telling host Kirsty Young that she thought retirement would kill her.

I think loneliness and having no motivation, nothing to work towards – I think it kills you.

“I can be feeling like death warmed up when I come in [to work], and then I’m alive.

“It keeps me alive,” she said.

“I think that’s why a lot of people are very lonely and get ill when they’re older, because I think loneliness and having no motivation, nothing to work towards – I think it kills you,” she concluded.

When did June Brown leave EastEnders?

Dot Cotton first appeared in the soap back in 1985 and her final appearance was in January 2020.

In February 2020, June announced she was not returning to the soap and Dot’s move to Ireland was the final exit for her character.

The veteran actress was a regular in Albert Square since the soap began, although she took a break between 1993 and 1997, and another in 2012 when she was working on her autobiography.

Leave us a comment on our Facebook page @EntertainmentDailyFix and tell us your favourite memory of June.