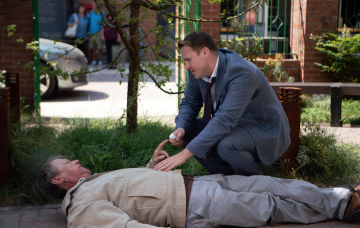 How long until Jude's lies catch up with him?

Jude Appleton’s tangled web of lies is set to get even more complicated tonight when he pretends he’s saved Roy Cropper’s life in an attempt to win back estranged wife Angie.

Coronation Street’s compulsive liar has gone along with mum Mary’s plan to plan a wedding vow renewal for him and Angie, hoping it might be what it takes to get their doomed marriage back on track.

But while Mary thinks that the whole thing is a huge romantic surprise for her daughter in law, little does she know the couple have been in marriage counselling for weeks and their relationship is as good as over.

When the cotton mill venue cancels in tonight’s trip to Weatherfield, it is a race against time for Mary to find a new place to hold the ceremony. In the end they decide on Speed Dhal… but Mary’s about to have much bigger problems to deal with when Angie arrives.

Angie is horrified when she unsuspectingly walks into her own vow renewal to a man who she had pretty much kicked to the curb, and she struggles to contain her anger when Jude lies that he was also surprised by Mary and knew nothing about the vow renewal.

Jude begs his wife to go along with the day to keep Mary happy, but while it is a closely guarded secret whether Angie will agree or not, this isn’t the end of Jude’s lies.

Later that day Roy is stung by a bee and suffers a life-threatening allergic reaction.

Thankfully doctor Ali Neeson is passing and whips out an epi pen that saves Roy from danger. But as he dashes back to his office to get more medicine, the cafe owner comes around to see Jude watching over him.

Jude just happened to be the one to call an ambulance, but a confused Roy jumps to the wrong conclusion and thanks Jude for being his hero!

Of course, compulsive liar Jude can’t help but take the misdirected praise and fails to mention that it was Ali who is actually Roy’s knight in shining armour.

Later Jude laps up the praise in The Rovers and as Angie tells him that she is proud, could this mean the pair are back on track?

But just as it looks like even Jude’s starting to believe his own fibs, Ali comes into the pub.

Is he about to burst Jude’s bubble, or let the liar enjoy his moment of fake glory?

Do you think Angie should be with Jude? Leave us a comment on our Facebook page @EntertainmentDailyFix and let us know what you think! 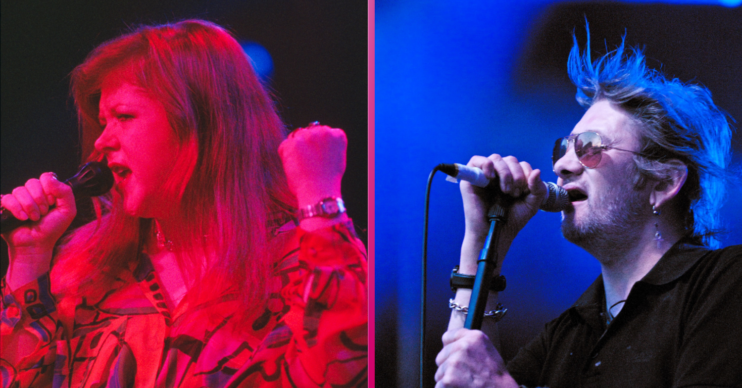