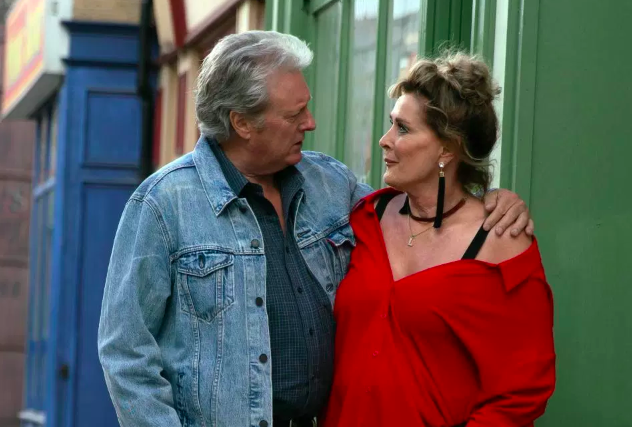 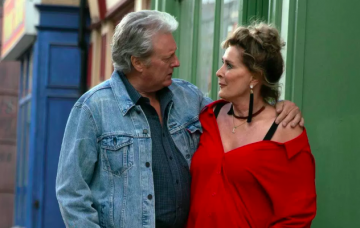 Beverley Callard has teased her on screen husband’s Corrie comeback speaking ahead of an explosive Christmas on the cobbles.

Viewers know Jim was driven out of Weatherfield after ex wife Liz discovered his sick scam to steal her money for medical treatment.

He had pretended his conwoman lover Hannah was actually Jim and Liz’s late daughter Katie in order to trick Liz.

But when Hannah exposed the truth by kissing Jim to force him to leave, Liz was furious and attacked him at Katie’s grave.

And now actress Beverley has revealed he will return.

“I don’t think they are finished,” she told a recent press day. “The way Charlie and I played it towards the very end, they were coming together again.”

She added: “He played it with a sense of remorse and that he really did love Liz.

“I really hope they bring him back. I think maybe he’ll somehow get the money to give back to Liz.”

And she has the perfect plot to bring him back – inspired by Hollywood film Whatever Happened to Baby Jane.

The film sees a disturbed former film star torturing her wheelchair-bound victim by serving up a parrot on a platter.

She says: “I would love that, serving him a budgie for his dinner. That would be great, though, wouldn’t it?”

Bev adds: “Someone from the top floor, where all the powers that be are, said he comes back in a wheelchair. Liz is like ‘time for din dins Jim!'”

Viewers are set to see Liz reunite with former love Mike when he is drawn back to Weatherfield in the coming weeks.

But could Jim’s return throw a spanner in the works and could she forgive him for everything he has put her through?

Do you want to see Jim back? Leave us a comment on our Facebook page @EntertainmentDailyFix and let us know what you think!