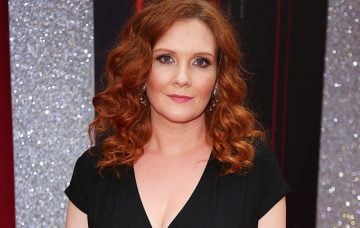 She's going to be busy

Jennie McApline has only just returned to Coronation Street following her maternity leave, but she’s already getting stuck in to another new roles too.

Keeping herself busy, Jennie has revealed she’s going to be hosting the parent podcast for CBeebies show The Baby Club.

I’m so excited to be joining in @thebabyclubtv ❤️🐻I’ll be hosting the new parent podcast. I’ll be joined by parents and babies talking all things parenting. Sleep, nappies, feeding, crawling and much more! 👶❤️ Coming soon @bbcsounds #tbcparentpod

The Baby Club is hosted by Giovanna Fletcher and encourages parents and carers to explore with their babies through song, story and play.

Fans were thrilled with the news, with one writing: “So exciting!”

Another added: “Congrats, will be tuning in.”

“Congrats Jennie, you will be awesome,” said a third.

Jennie was full of excitement on the first day of recording as she also posted a picture of herself with Andy from CBeebies, who she said her little boy is a big fan of.

When the coolest guy on @Cbeebies is in the same building as your @thebabyclubtv podcast recording! My little boy is going to be beside himself❤️🦕

Jennie returned to Coronation Street filming earlier this month and shared a picture with her cobbles family.

Another wrote: “Love them all.”

A third added: “Fab photo of you all.”

Viewers saw Hope’s behaviour getting worse resulting in her exclusion from Bessie Street Primary school for biting a teacher.

Hope also deliberately let Evelyn’s dog Cerberus go on a tram bound for Rochdale. She refused to apologise to Evelyn who was furious.

Fiz and Tyrone decided to go to visit a therapist about the little girl’s behaviour and Tyrone found a school that could help.