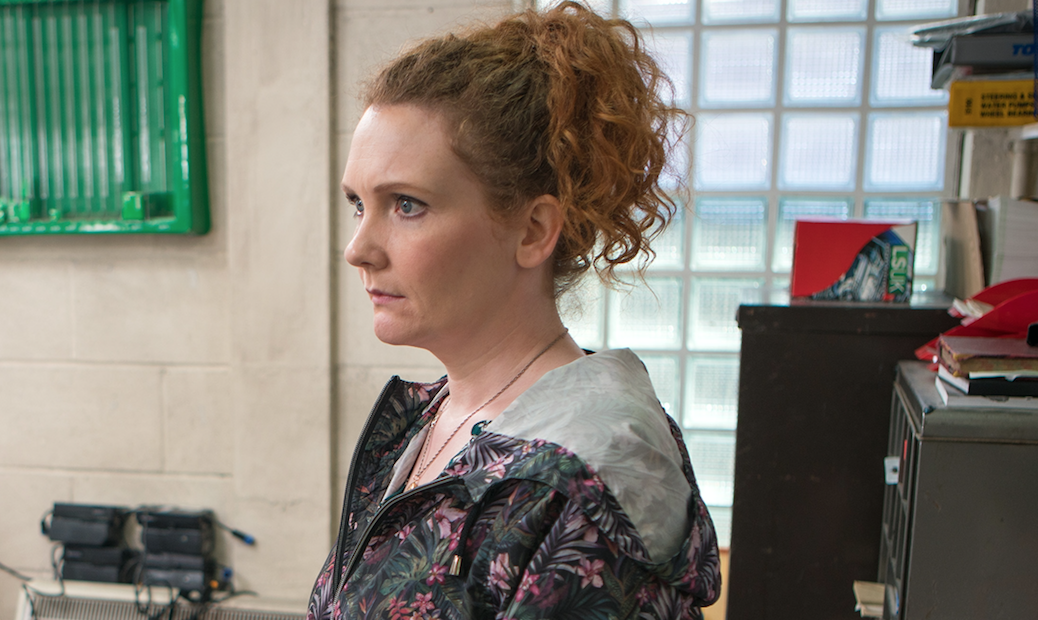 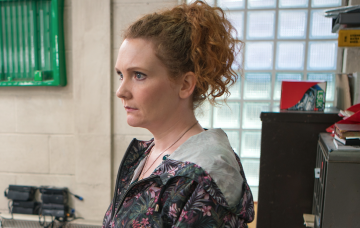 She's off on maternity soon

Corrie star Jennie McAlpine is pregnant with her second child and will soon be heading off for her maternity leave.

And it’s now emerged how her character Fiz will exit Weatherfield during this period, with newcomer Evelyn to blame!

The old battleaxe thought to be Tyrone’s grandma, first appeared on the Street last week, and has already made her mark.

Evelyn is moving in with the young couple, and wastes no time in giving Fiz a hard time.

Maureen Lipman, who plays Evelyn, has told Metro.co.uk: “Fiz doesn’t stand a chance. No one was ever going to be good enough for Tyrone – not that she thinks he is good enough, either, but she has a grudging liking for this boy and she thinks that the woman he is with is boring.

She also revealed the amusing ways the Corrie crew are hiding her bump.

The I’m A Celebrity star told the host: “I’m going to tell you how we hid it. First with a mug like this, then we went on to a handbag. But, do you know what, last week they hid it with a Ford Fiesta.